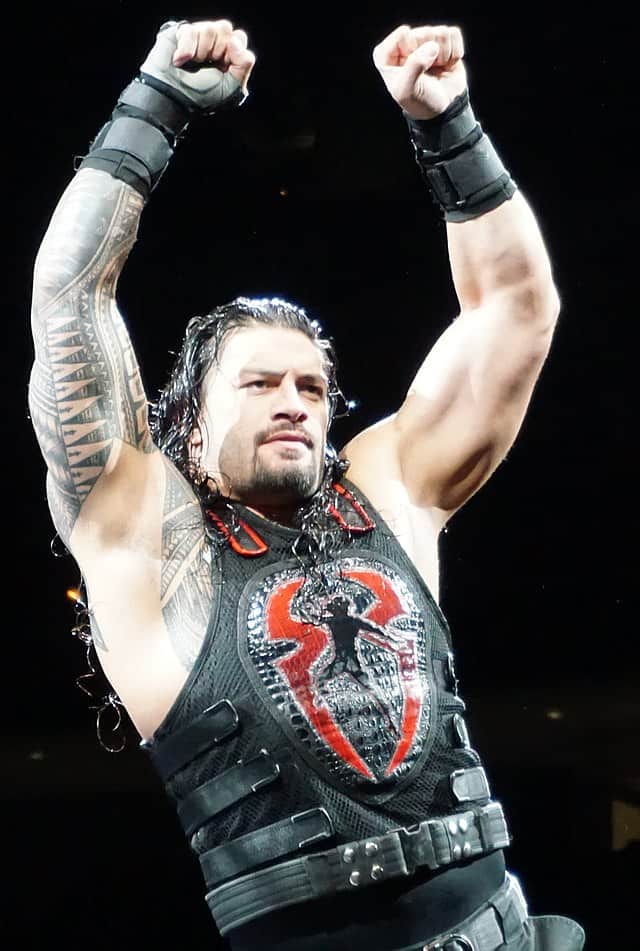 Leati Joseph “Joe” Anoa’i (born May 25, 1985) is an American professional wrestler, actor, and former professional gridiron football player. He is currently signed to WWE, where he performs on the SmackDown brand under the ring name Roman Reigns, and is the current WWE Universal Champion in his second reign. He is part of the Anoa’i wrestling family, which also includes his father Sika Anoaʻi, brother Rosey, and cousins The Usos, Yokozuna, Rikishi, Umaga, The Tonga Kid and Dwayne ‘The Rock’ Johnson.