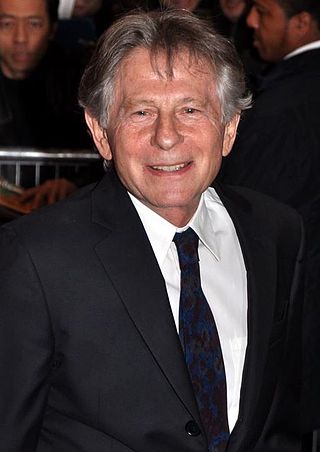 Roman Polanski (Polish: Roman Polański , pə-LAN-skee, [ˈrɔman pɔˈlaj̃skʲi] (Listen); born Raymond Thierry Liebling; 18 August 1933) is a Polish-French film director, producer, writer, and actor. Polanski is also a fugitive from the U.S. criminal justice system; he fled the country in 1977 while awaiting sentencing for unlawful intercourse with a minor.His Polish-Jewish parents moved the family back from Paris to Kraków in 1937. Two years later, Poland was invaded by Nazi Germany starting World War II and the Polanskis found themselves trapped in the Kraków Ghetto. After his mother and father were taken in raids, Polanski spent his formative years in foster homes under an adopted identity, surviving the Holocaust.Polanski’s first feature-length film, Knife in the Water (1962), was made in Poland and was nominated for the United States Academy Award for Best Foreign Language Film. In the United Kingdom he directed three films, beginning with Repulsion (1965). In 1968, he moved to the United States and cemented his status by directing the horror film Rosemary’s Baby (1968).
A turning point in his life took place in 1969, when his pregnant wife, the actress Sharon Tate, and four friends were brutally murdered by members of the Manson Family. Following Tate’s death, Polanski returned to Europe and eventually continued directing. He made Macbeth (1971) in England and Chinatown (1974) back in Hollywood. His other critically acclaimed films include Tess (1979), The Pianist (2002), The Ghost Writer (2010), Venus in Fur (2013), and An Officer and a Spy (2019).
Throughout his career Polanski has received five Oscar nominations, winning the Academy Award for Best Director in 2003 for The Pianist. He has also received two Golden Globe Awards, two BAFTAs, a Palme d’Or of the 2002 Cannes Film Festival in France, as well as multiple Césars. In 1989, Polanski married actress Emmanuelle Seigner. They have two children together.