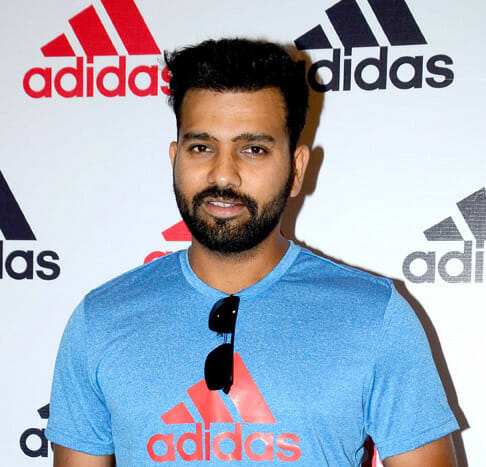 Rohit Gurunath Sharma (born 30 April 1987) is an Indian international cricketer who plays for Mumbai in domestic cricket and captains Mumbai Indians in the Indian Premier League as a right-handed batsman and an occasional right-arm off break bowler. He is the vice-captain of the Indian national team in limited-overs formats. He is one of the most decorated contemporary batsmen in the limited-overs format of the game.
Outside cricket, Sharma is an active supporter of animal welfare campaigns. He is the official Rhino Ambassador for WWF-India and is a member of People for the Ethical Treatment of Animals (PETA). He has worked with PETA in its campaign to raise awareness of the plight of homeless cats and dogs in India.