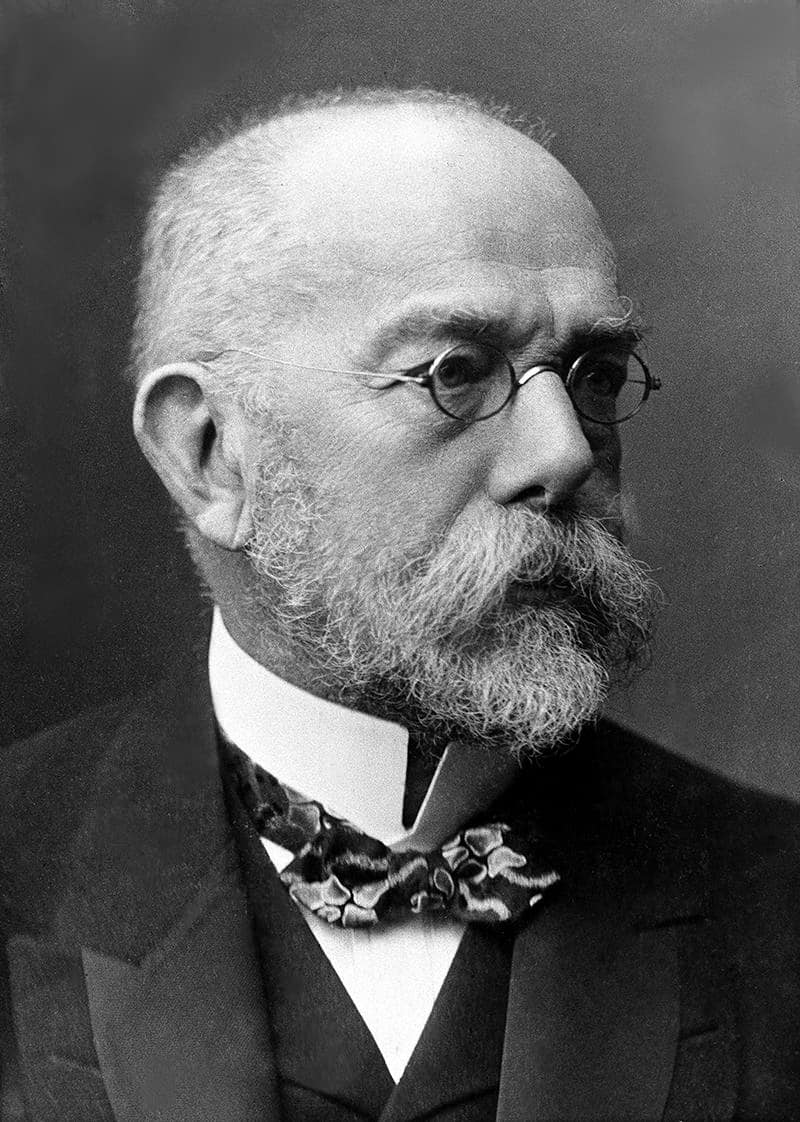 Heinrich Hermann Robert Koch (English: ; German: [ˈʁoː.bɛʁt kɔx] (listen); 11 December 1843 – 27 May 1910) was a German physician and microbiologist. As one of the main founders of modern bacteriology, he identified the specific causative agents of tuberculosis, cholera, and anthrax and also gave experimental support for the concept of infectious disease, which included experiments on humans and animals. Koch created and improved laboratory technologies and techniques in the field of microbiology, and made key discoveries in public health. His research led to the creation of Koch’s postulates, a series of four generalized principles linking specific microorganisms to specific diseases that proved influential on subsequent epidemiological principles such as the Bradford Hill criteria. For his research on tuberculosis, Koch received the Nobel Prize in Physiology or Medicine in 1905. The Robert Koch Institute is named in his honour.