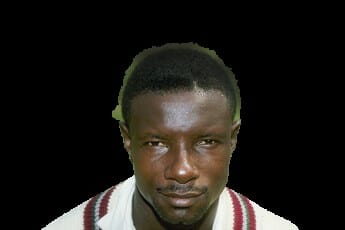 Sir Richard Benjamin Richardson, KCN (born 12 January 1962) is a former West Indies international cricketer and a former captain of the West Indian cricket team.
He was a flamboyant batsman and superb player of fast bowling. He was famous for his wide-brimmed maroon hat which he wore in preference to a helmet against even the fastest bowlers. Richardson captained the West Indies in 24 Tests between 1991 when he took over from Viv Richards and 1995, winning 11, losing 6, and the rest ending in draws.