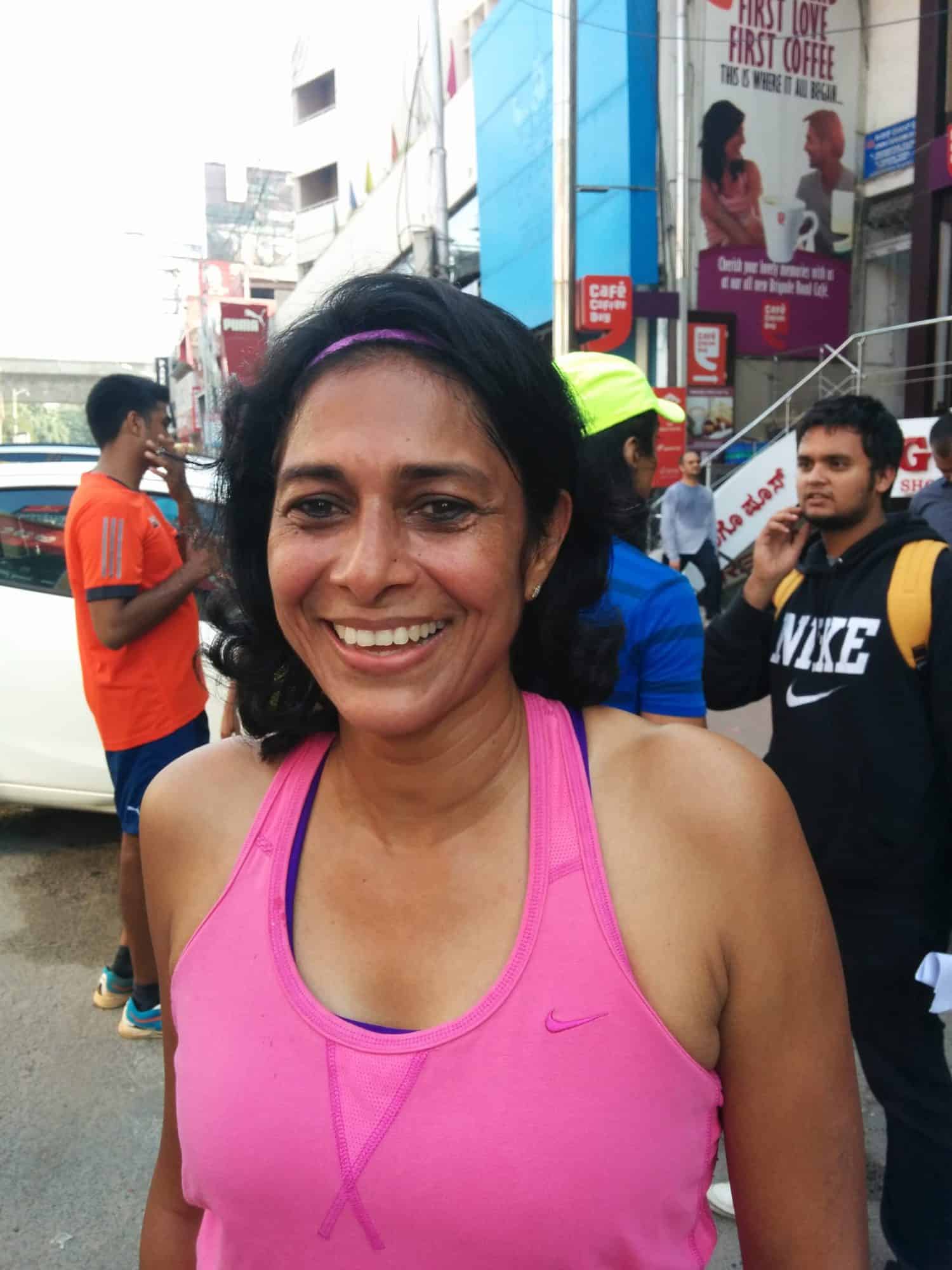 Reeth Abraham is an athlete from Bengaluru, India and former Asian medalist in long jump and 100 meters hurdles and the former national champion in heptathlon. She won the Arjuna Award in 1997 and the Rajyotsava Award in 1983. Reeth had a long athletic career spanning over 15 years (1976–1992). At the national level championships, she won 16 Gold and 11 Silver medals.
Reeth is an active athlete and competes regularly in the World Masters events and won medals. She is the current World and Asian Masters Champion in Triple Jump in her age category. She is the joint convenor of Clean Sports India. She is very active in promoting fitness among people and active lifestyles. She actively promotes various running events and Marathons in India. She has been the Brand Ambassador of Bengaluru’s only Marathon – Shriram Properties Bengaluru Marathon since 2014. She is the Director of NEB Sports Entertainment Pvt. Ltd.