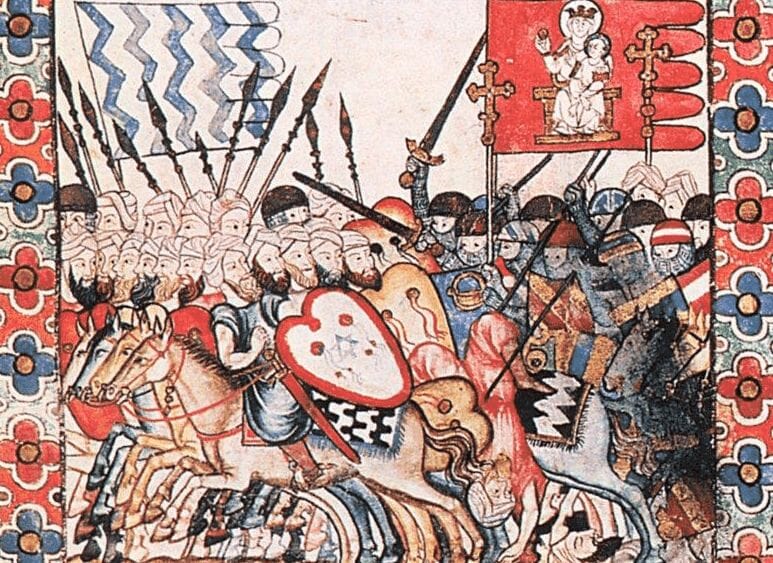 The Reconquista (Spanish and Portuguese for “reconquest”) was a period in the history of the Iberian Peninsula of about 780 years between the Umayyad conquest of Hispania in 711, the expansion of the Christian kingdoms throughout Hispania, and the fall of the Nasrid kingdom of Granada in 1492.
The beginning of the Reconquista is traditionally marked with the Battle of Covadonga (718 or 722), the first known victory in Hispania by Christian military forces since the 711 military invasion undertaken by combined Arab-Berber forces. In that battle, a group led by Hispano-Roman nobleman Pelagius and consisting of Hispano-Visigoth refugees, the remnants of their Hispano-Gothic aristocracy, and mountain tribes, including mainly Astures, Galicians, Cantabri, and Basques, defeated a Muslim army in the mountains of northern Hispania and established the independent Christian Kingdom of Asturias. In the late 10th century, the Umayyad vizier Almanzor waged military campaigns for 30 years to subjugate the northern Christian kingdoms. His armies ravaged the north, even sacking the great Santiago de Compostela Cathedral.