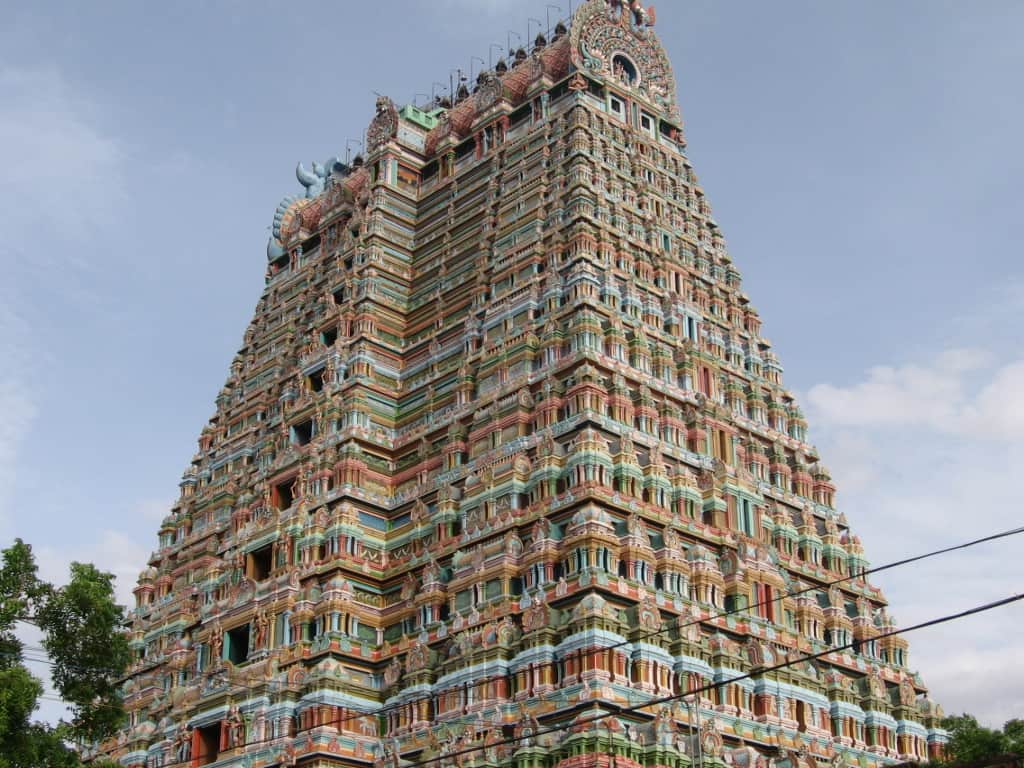 The Sri Ranganathaswamy Temple is a Hindu temple dedicated to Ranganatha, a form of the Supreme God, Maha Vishnu, located in Srirangam, Tiruchirapalli, Tamil Nadu, India. Constructed in the Dravidian architectural style, the temple is glorified by Alvars in their Divya Prabhanda and has the unique distinction of being not only the foremost among the 108 Divya Desams dedicated to Vishnu, but also the largest functioning Hindu temple in the world.The Place Srirangpatna had the name of the Srirangapuri in the early ages later it got the name of the Srirangapatna. The town is an island being surrounded by the river Cauvery. In this town, there is the temple of Sri Ranganatha. Sri Lakshmi Narasimha, Sri Gangadereshwara, Sri Jyothirmaheshwara and other small temples. Among them, the main temple is that of Sri Ranganatha. The inner apartment of SriRanganatha temple was built in 817 CE by a lady by name Hambi, of the class of dancers in the year 894 CE.
It is one of the most illustrious Vaishnava temples in South India rich in legend and history. The temple has played an important role in Vaishnavism history starting with the 11th-century career of Ramanuja and his predecessors Nathamuni and Yamunacharya in Srirangam.