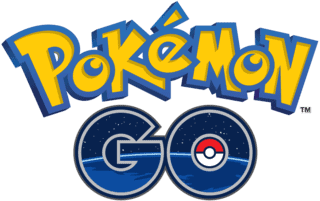 Pokémon Go is a 2016 augmented reality (AR) mobile game developed and published by Niantic in collaboration with The Pokémon Company for iOS and Android devices. A part of the Pokémon franchise, the game is the result of a collaboration between Niantic, Nintendo and The Pokémon Company. It uses mobile devices with GPS to locate, capture, train, and battle virtual creatures, called Pokémon, which appear as if they are in the player’s real-world location. The game is free-to-play; it uses a freemium business model combined with local advertising and supports in-app purchases for additional in-game items. The game launched with around 150 species of Pokémon, which had increased to around 600 by 2020.
Pokémon Go was released to mixed reviews; critics praised the concept but criticized technical problems. It was one of the most used and profitable mobile apps in 2016, having been downloaded more than 500 million times worldwide by the end of the year. It is credited with popularizing location-based and AR technology, promoting physical activity, and helping local businesses grow due to increased foot traffic. However, it attracted controversy for contributing to accidents and creating public nuisances. Various governments expressed concerns about security, and some countries regulate its use. By early 2019, the game had over a billion global downloads and grossed more than $4 billion in revenue. The game also had over 147 million monthly active users as of May 2018.