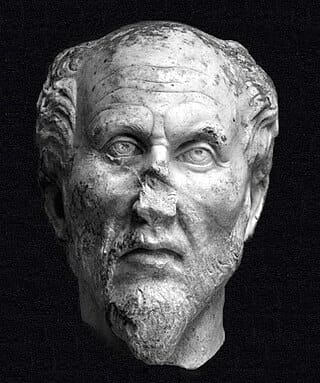 Plotinus ( c. 204/5 – 270) was a major Hellenistic philosopher who lived in Roman Egypt. In his philosophy, described in the Enneads, there are three principles: the One, the Intellect, and the Soul. His teacher was Ammonius Saccas, who was of the Platonic tradition. Historians of the 19th century invented the term Neoplatonism and applied it to Plotinus and his philosophy, which was influential during Late Antiquity and the Middle Ages. Much of the biographical information about Plotinus comes from Porphyry’s preface to his edition of Plotinus’ Enneads. His metaphysical writings have inspired centuries of Pagan, Jewish, Christian, Gnostic, and Islamic metaphysicians and mystics, including developing precepts that influence mainstream theological concepts within religions, such as his work on duality of the One in two metaphysical states.