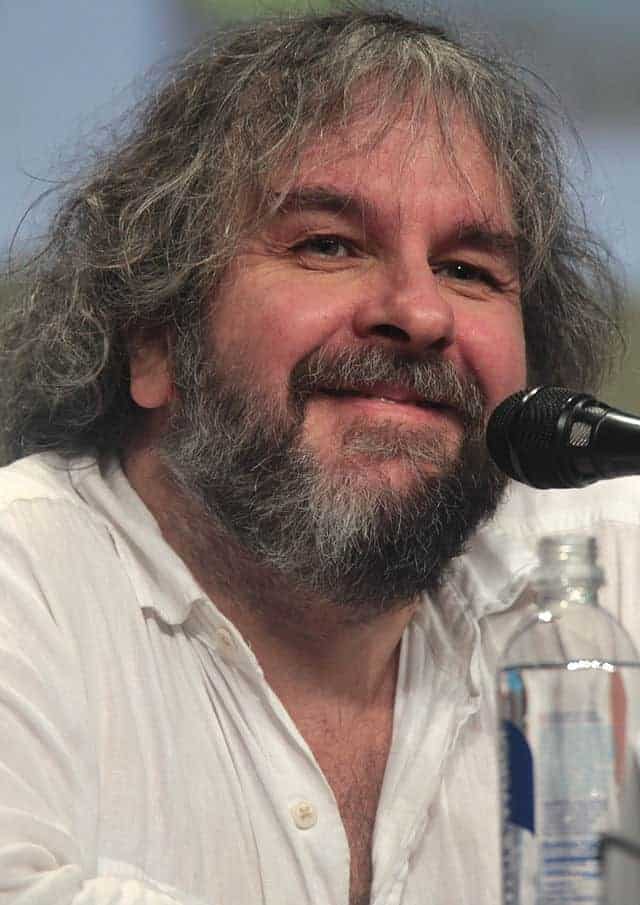 Sir Peter Robert Jackson (born 31 October 1961) is a New Zealand film director, producer, and screenwriter. He is best known as the director, writer, and producer of the Lord of the Rings trilogy (2001–03) and the Hobbit trilogy (2012–14), both of which are adapted from the novels of the same name by J. R. R. Tolkien. He is the third-highest-grossing film director of all time, his films having made over $6.5 billion worldwide. Jackson began his career with the “splatstick” horror comedy Bad Taste (1987) and the black comedy Meet the Feebles (1989) before filming the zombie comedy Braindead (1992). He shared a nomination for Academy Award for Best Original Screenplay with his partner Fran Walsh for Heavenly Creatures, which brought him to mainstream prominence in the film industry. Jackson has been awarded three Academy Awards for The Lord of the Rings: The Return of the King (2003), including the award for Best Director. His other awards include a Golden Globe, four Saturn Awards, three Nebula Awards and three BAFTAs among others.
His production company is WingNut Films, and his most regular collaborators are co-writers and producers Walsh and Philippa Boyens. For his work on The Lord of the Rings, Jackson was made a Companion of the New Zealand Order of Merit in 2002. He was later knighted (as a Knight Companion of the New Zealand Order of Merit) by Anand Satyanand, the Governor-General of New Zealand, at a ceremony in Wellington in 2010. In 2014, Jackson was awarded a star on the Hollywood Walk of Fame.