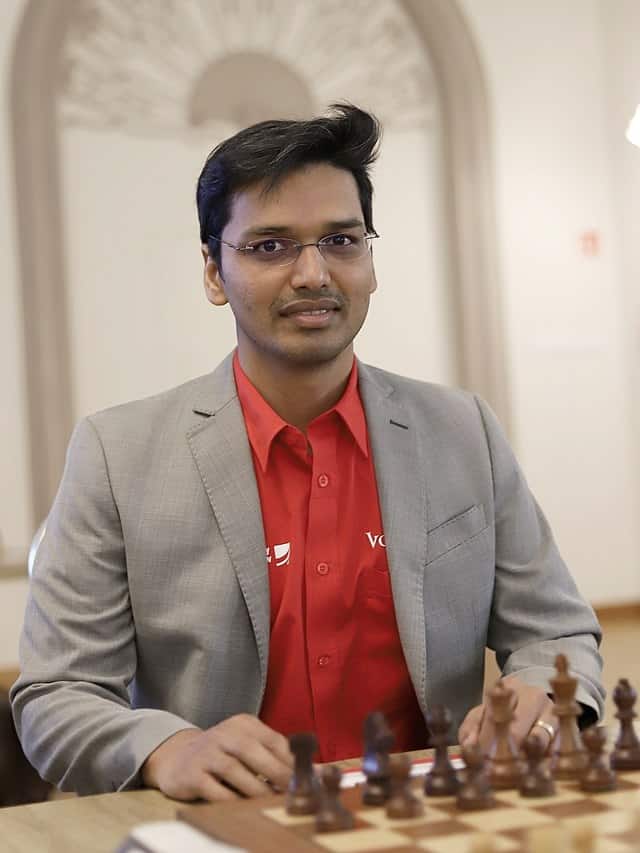 Pentala Harikrishna (born 10 May 1986) is an Indian chess player. He became the youngest grandmaster from India on 11 September 2001, a record now held by Gukesh D. He was Commonwealth Champion in 2001, World Junior Champion in 2004 and Asian Individual Champion in 2011.
Pentala won the Tata Steel Group B in 2012 and the Biel MTO Masters Tournament Open event in 2013. He represented India at seven Chess Olympiads from 2000 to 2012 and won team Bronze at the World Team Chess Championships in 2010. At the Asian Team Championships, Pentala won team gold once, team silver twice and individual bronze once.
In February 2013, Pentala’s FIDE rating passed 2700 for the first time. He broke into the top ten players in the world in November 2016 with a FIDE rating of 2768.