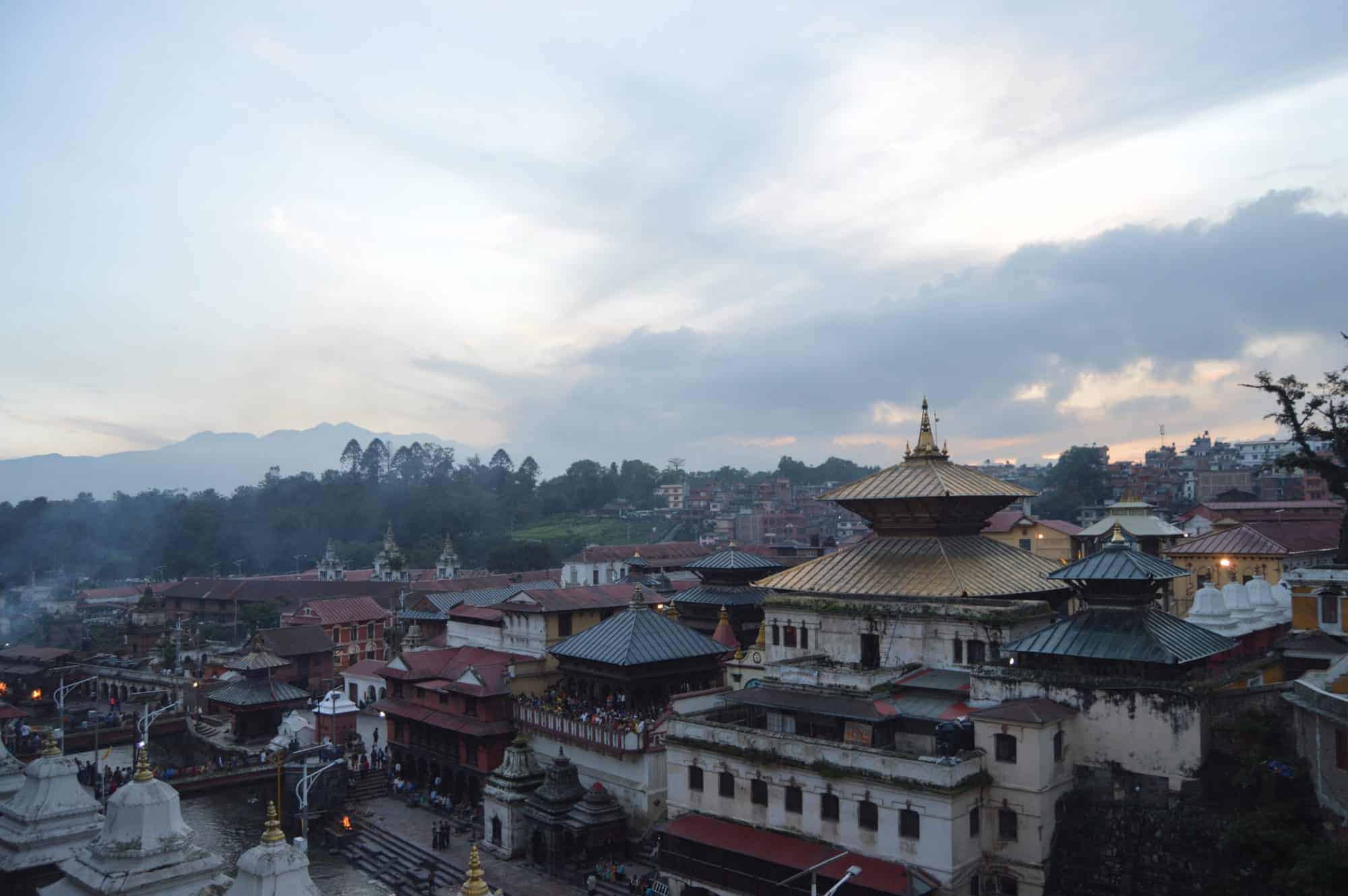 The Pashupatinath Temple is a famous and sacred Hindu temple complex that is located on the banks of the Bagmati River, approximately 5 km north-east of Kathmandu in the eastern part of Kathmandu Valley, the capital of Nepal. The temple serves as the seat of Pashupatinath. This temple complex
was inscribed on the UNESCO World Heritage Sites’s list in 1979. This “extensive Hindu temple precinct” is a “sprawling collection of temples, ashrams, images and inscriptions raised over the centuries along the banks of the sacred Bagmati river” and is included as one of the seven monument groups in UNESCO’s designation of Kathmandu Valley.The temple is one of the 275 Tamil Paadal Petra Sthalams (Holy Abodes of Shiva) on the continent. Kotirudra Samhita, Chapter 11 on the Shivalingas of the North, in Shiva Purana mentions this Shivalinga as the bestower of all wishes.