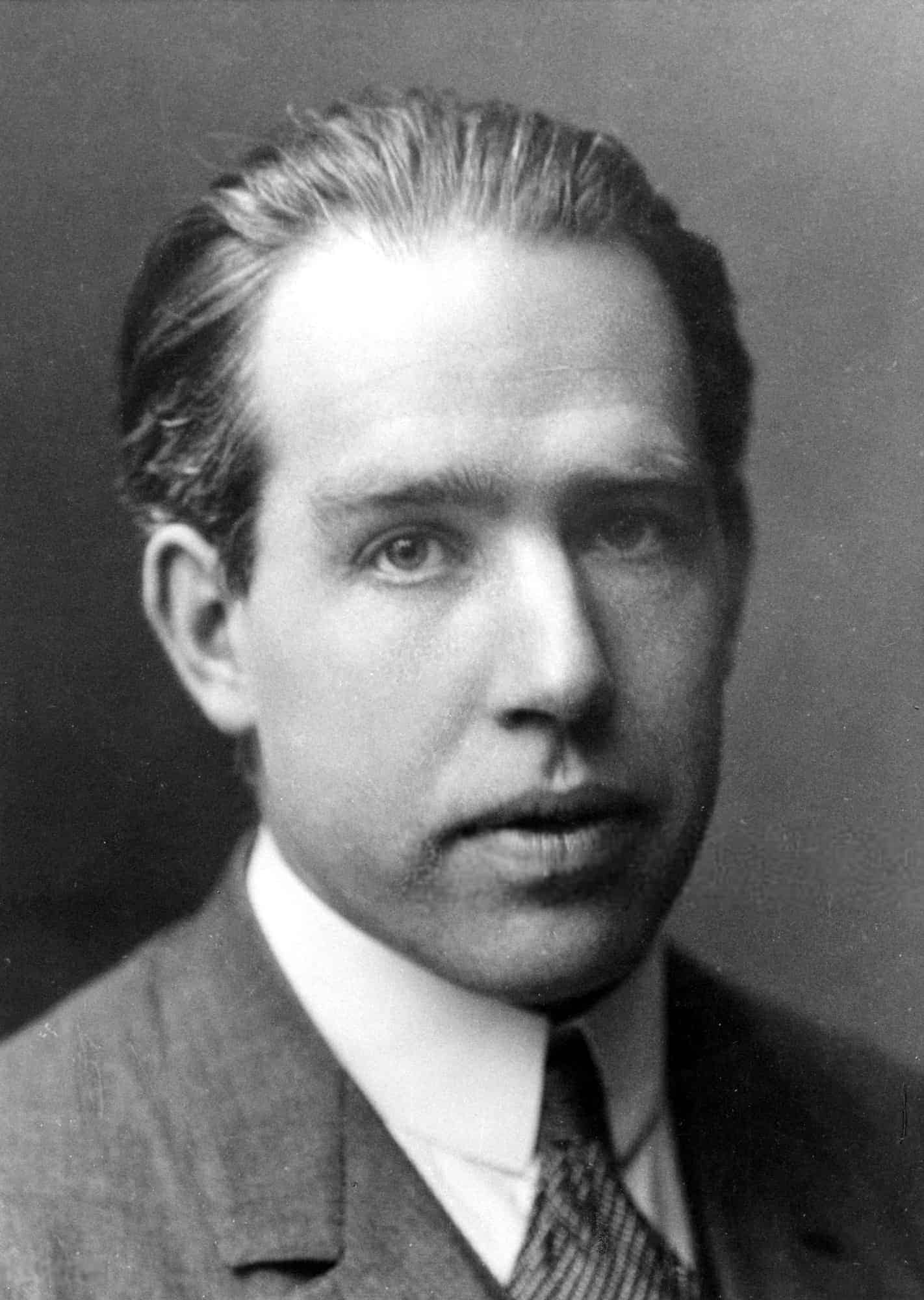 Niels Henrik David Bohr ( 7 October 1885 – 18 November 1962) was a Danish physicist who made foundational contributions to understanding atomic structure and quantum theory, for which he received the Nobel Prize in Physics in 1922. Bohr was also a philosopher and a promoter of scientific research.
Bohr developed the Bohr model of the atom, in which he proposed that energy levels of electrons are discrete and that the electrons revolve in stable orbits around the atomic nucleus but can jump from one energy level (or orbit) to another. Although the Bohr model has been supplanted by other models, its underlying principles remain valid. He conceived the principle of complementarity: that items could be separately analysed in terms of contradictory properties, like behaving as a wave or a stream of particles. The notion of complementarity dominated Bohr’s thinking in both science and philosophy.
Bohr founded the Institute of Theoretical Physics at the University of Copenhagen, now known as the Niels Bohr Institute, which opened in 1920. Bohr mentored and collaborated with physicists including Hans Kramers, Oskar Klein, George de Hevesy, and Werner Heisenberg. He predicted the existence of a new zirconium-like element, which was named hafnium, after the Latin name for Copenhagen, where it was discovered. Later, the element bohrium was named after him.