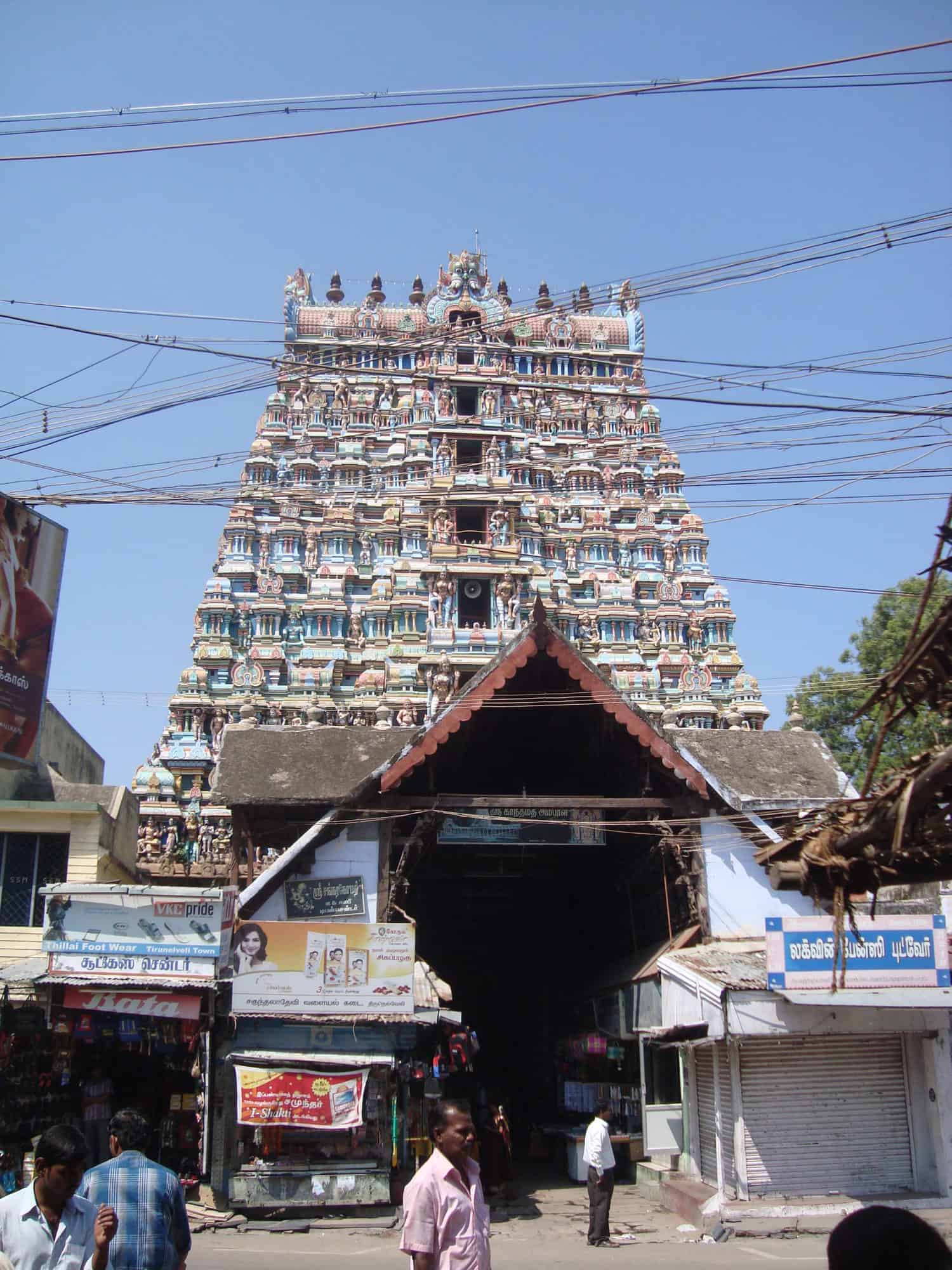 Nellaiappar Temple is a Hindu temple dedicated to the deity Shiva, located in Tirunelveli, a city in the South Indian state of Tamil Nadu. Shiva is worshipped as Nellaiappar (also called Venuvananathar) represented by the lingam and his consort Parvati is depicted as Kanthimathi Amman. The temple is located on the northern banks of Thamirabarani River in Tirunelveli district. The presiding deity is revered in the 7th century Tamil Saiva canonical work, the Tevaram, written by Tamil saint poets known as the nayanmars and classified as Paadal Petra Sthalam.
The temple complex covers an area of fourteen and a half acres and all its shrines are enclosed with concentric rectangular walls. The temple has a number of shrines, with those of Swamy Nellaiappar and his consort Sri Kanthimathi Ambal being the most prominent.