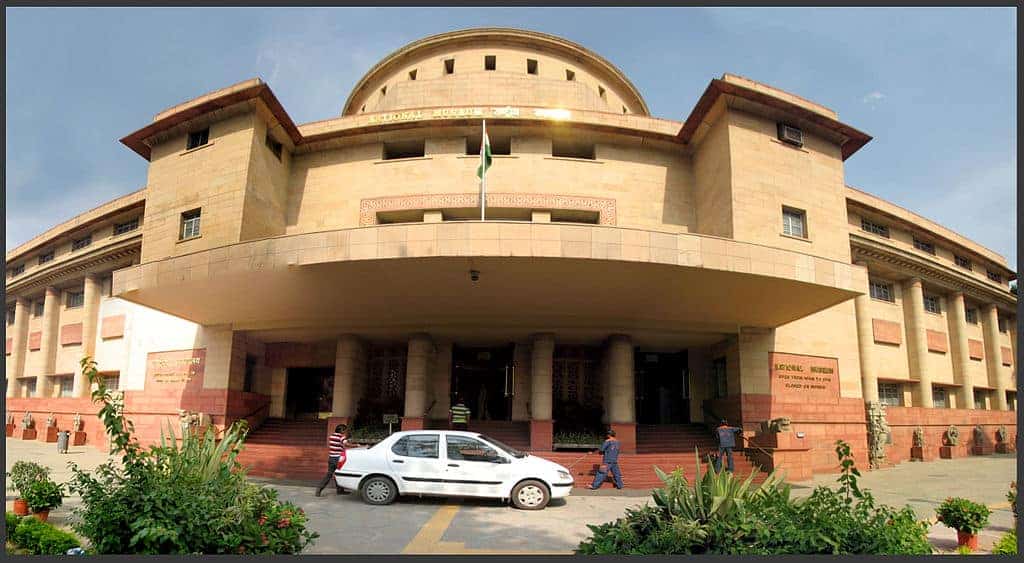 The National Museum in New Delhi, also known as the National Museum of India, is one of the largest museums in India. Established in 1949, it holds a variety of articles ranging from pre-historic era to modern works of art. It functions under the Ministry of Culture, Government of India. The museum is situated on Janpath. The blue–print of the National Museum had been prepared by the Gwyer Committee set up by the Government of India in 1946. The museum has around 200,000 works of art, both of Indian and foreign origin, covering over 5,000 years.
It also houses the National Museum Institute of History of Art, Conservation and Museology on the first floor which was established in 1983 and now is a Deemed to be University since 1989, and runs Masters and Doctoral level courses in History of Art, Conservation and Museology.