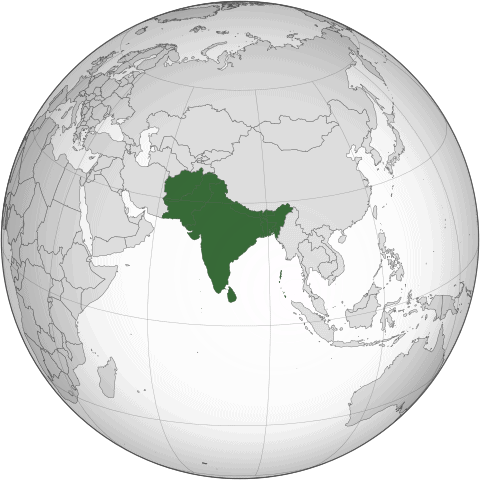 Muslim conquests in the Indian subcontinent mainly took place from the 12th to the 16th centuries, though earlier Muslim conquests include the invasions into modern Afghanistan and Pakistan and the Umayyad campaigns in India, during the time of the Rajput kingdoms in the 8th century.
Mahmud of Ghazni, the first ruler to hold the title Sultan, who preserved an ideological link to the suzerainty of the Abbasid Caliphate, invaded and plundered vast parts of Punjab, Gujarat, starting from the Indus River, during the 10th century.After the capture of Lahore and the end of the Ghaznavids, the Ghurid Empire ruled by Muhammad of Ghor and Ghiyath al-Din Muhammad laid the foundation of Muslim rule in India. In 1206, Bakhtiyar Khalji led the Muslim conquest of Bengal, marking the easternmost expansion of Islam at the time. The Ghurid Empire soon evolved into the Delhi Sultanate ruled by Qutb al-Din Aibak, the founder of the Mamluk dynasty. With the establishment of the Delhi Sultanate, Islam was spread across most parts of the Indian subcontinent.
In the 14th century, the Khalji dynasty, under Alauddin Khalji, temporarily extended Muslim rule southwards to Gujarat, Rajasthan and the Deccan, while the Tughlaq dynasty temporarily expanded its territorial reach till Tamil Nadu.

Read More About Muslim conquests in the Indian subcontinent