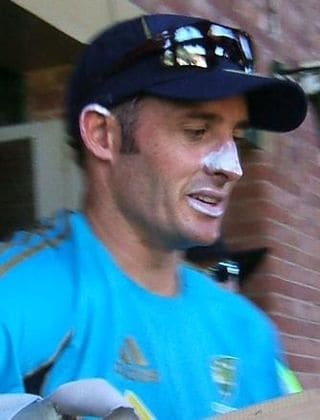 Michael Edward Killeen Hussey (born 27 May 1975) is an Australian cricket coach, commentator and former international cricketer, who played all forms of the game. Hussey is also widely known by his nickname ‘Mr Cricket’. Hussey was a relative latecomer to both the one-day international and Test Australian teams, debuting at 28 and 30 years of age in the respective formats, with 15,313 first-class runs before making his Test debut.However, he had a highly successful international career, being the top-ranked ODI batsman in the world in 2006. He played first-class cricket as vice-captain of the Western Warriors in Australia and played for three counties in England, as well as the Indian Premier League for the Chennai Super Kings. Michael Hussey announced his retirement from international cricket on 29 December 2012. He continued to play for Big Bash side Sydney Thunder after this date before announcing his retirement from all forms of cricket after the completion of the 2015-16 season.