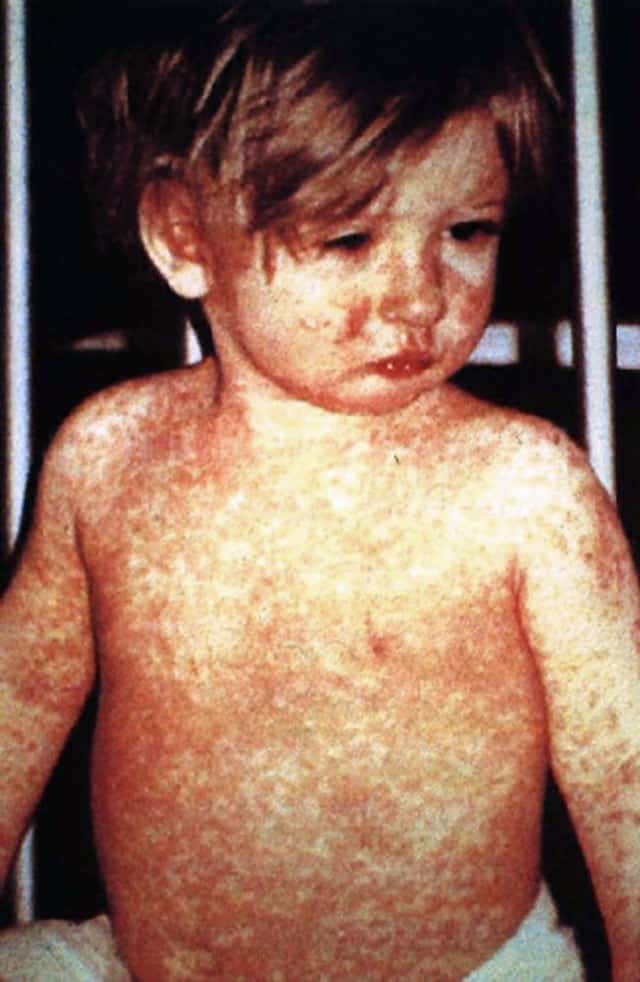 Measles is a highly contagious infectious disease caused by measles virus. Symptoms usually develop 10–12 days after exposure to an infected person and last 7–10 days. Initial symptoms typically include fever, often greater than 40 °C (104 °F), cough, runny nose, and inflamed eyes. Small white spots known as Koplik’s spots may form inside the mouth two or three days after the start of symptoms. A red, flat rash which usually starts on the face and then spreads to the rest of the body typically begins three to five days after the start of symptoms. Common complications include diarrhea (in 8% of cases), middle ear infection (7%), and pneumonia (6%). These occur in part due to measles-induced immunosuppression. Less commonly seizures, blindness, or inflammation of the brain may occur. Other names include morbilli, rubeola, red measles, and English measles. Both rubella, also known as German measles, and roseola are different diseases caused by unrelated viruses.