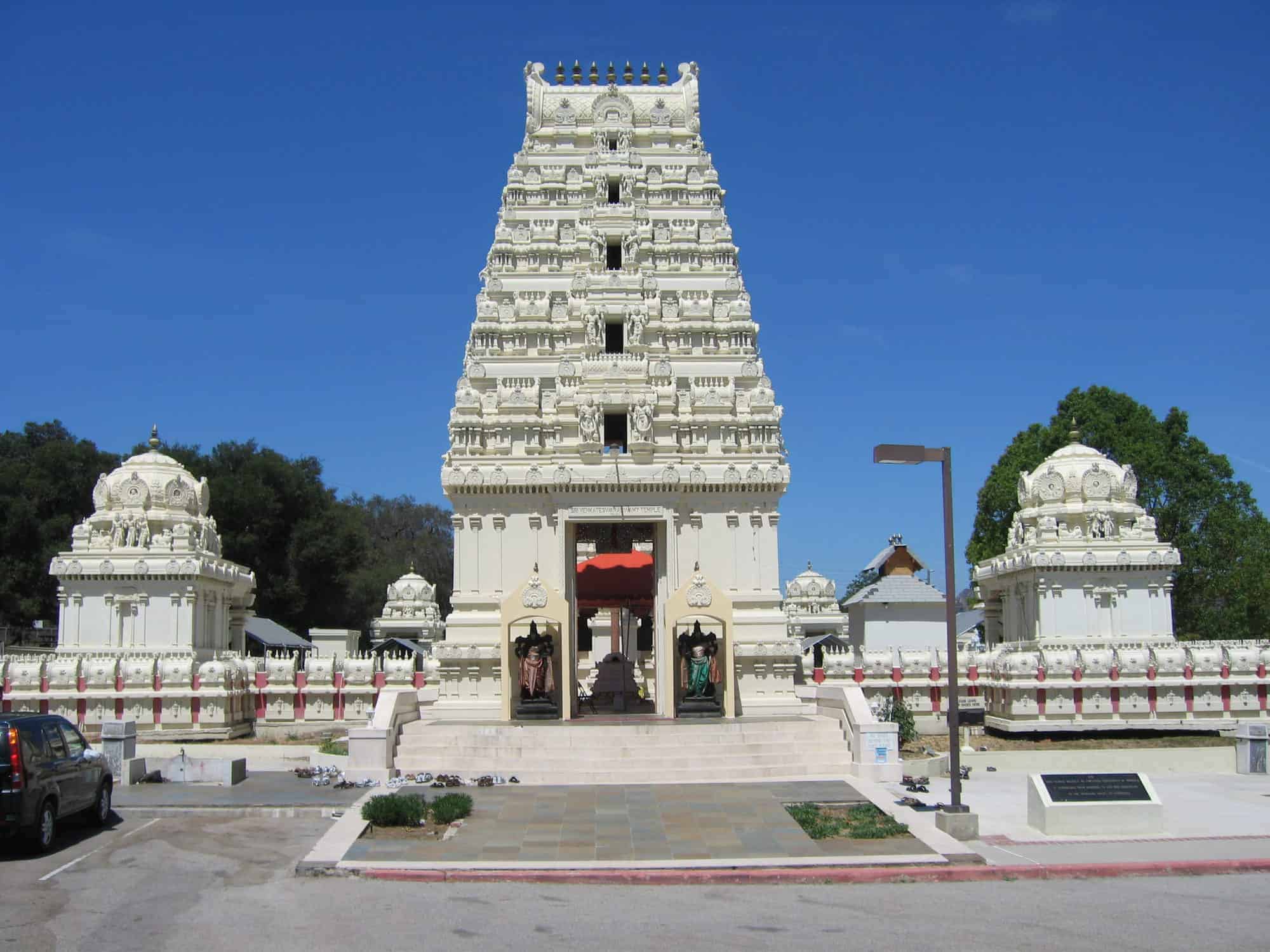 Malibu Hindu Temple, a temple of the Hindu god Venkateswara, built in 1981, is located in the city of Calabasas near Malibu, California, in the Santa Monica Mountains. It is owned and operated by the Hindu Temple Society of Southern California. Built in the traditional South Indian style, it is frequented by followers of Hinduism in Southern California. It is one of the largest Hindu temples in the Western hemisphere.The priests are situated and live on the grounds of the temple. The temple has many gatherings for ceremonies and provides numerous spaces for meditation and picnicking. It has a full stage for special cultural and Hindu programs.