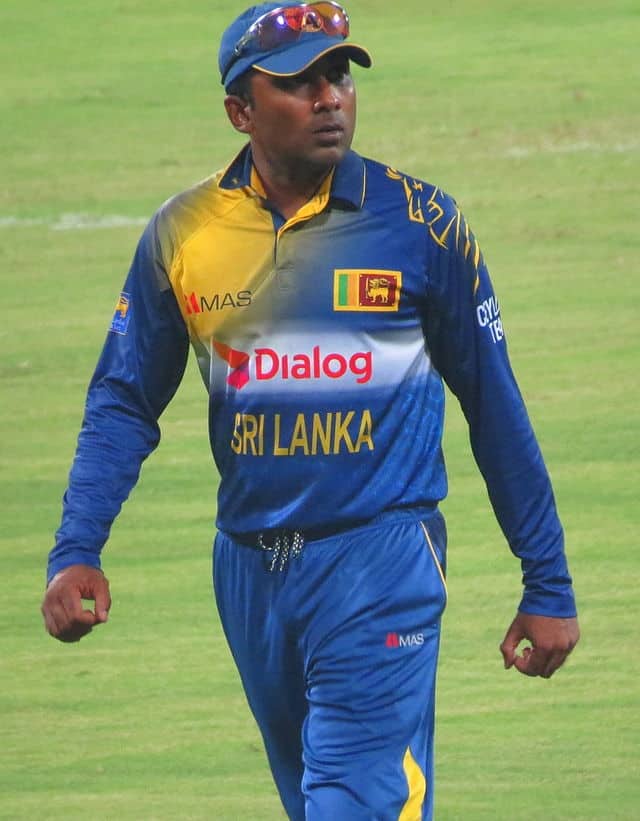 Denagamage Praboth Mahela de Silva Jayawardene (Sinhala: දෙනගමගේ ප්‍රබෝත් මහේල ද සිල්වා ජයවර්ධන; born 27 May 1977) is a former Sri Lankan cricketer who is also the current consultant coach of Sri Lanka national cricket team. Mahela is the most successful captain for Sri Lanka along with Sanath Jayasuriya. During the time of his captaincy, he was known mainly for his tactical acumen for decades and was rewarded for his captaincy instincts.
He made his Test cricket debut in August 1997 and his One Day International (ODI) debut the following season in January 1998. In 2006 along with his team mate Kumar Sangakkara, Jayawardene made the highest ever partnership in first Class cricket, scoring 624 runs for the third wicket in the first test match of Sri Lanka’s home series against South Africa. He appeared in 652 international matches representing Sri Lanka in a career spanning for about 18 years. During his international career, he also formed a healthy relationship and friendship with fellow veteran player Kumar Sangakkara.Mahela is the first player in the history of Sri Lankan cricket to score over 10,000 Test runs and is also the second Sri Lankan player to score more than 10,000 runs in ODIs after Sanath Jayasuriya. Mahela Jayawardene currently serves as the Chairman of Sri Lanka National Sports Council.Jayawardene’s highest test score, 374 against South Africa, is the highest score by a right-handed batsman in the history of Test cricket. Along with teammate Sangakkara, he has the most career partnership runs for the 3rd wicket in Tests, scoring 5890 runs surpassing the 5826 run record of Rahul Dravid and Sachin Tendulkar.
Jayawardene was a key member of the team that won the 2014 ICC World Twenty20 and was part of the team that made to the final of 2007 Cricket World Cup, 2011 Cricket World Cup, 2009 ICC World Twenty20 and 2012 ICC World Twenty20.
In 2006, Jayawardene was named by the International Cricket Council as the best International captain of the year and was nominated in 2007 as the best Test cricket player of the year. He is also known for his fielding skills in the inner ring, with a report prepared by Cricinfo in late 2005 showing that since the 1999 Cricket World Cup, he had effected the most run-outs in ODI cricket of any fieldsman, with the fifth highest run-out/match ratio in ODI’s. Statistics also reveal that c Jayawardene b Muralitharan is the most common bowler-fielder combination in the history of Test cricket.Jayawardene also worked as an international TV commentator in the first test at Headingley on 19 May 2016 between England and Sri Lanka. Mahela Jayawardene holds the unique record of being the only player as of now to have scored a hundred in both a World Cup final and a World Cup semi-final. He is also the only player to have scored a century in a World Cup final in a losing cause.He also serves as a board member in several unlisted public limited companies in Sri Lanka. He has been a vocal critic of Sri Lanka Cricket over the years especially after 2015 where Sri Lanka national cricket has suffered the worst decline at international cricket.In November 2021, he was inducted to the ICC Cricket Hall of Fame. He became only the third Sri Lankan to be inducted to the ICC Cricket Hall of Fame after Muttiah Muralitharan and Kumar Sangakkara.