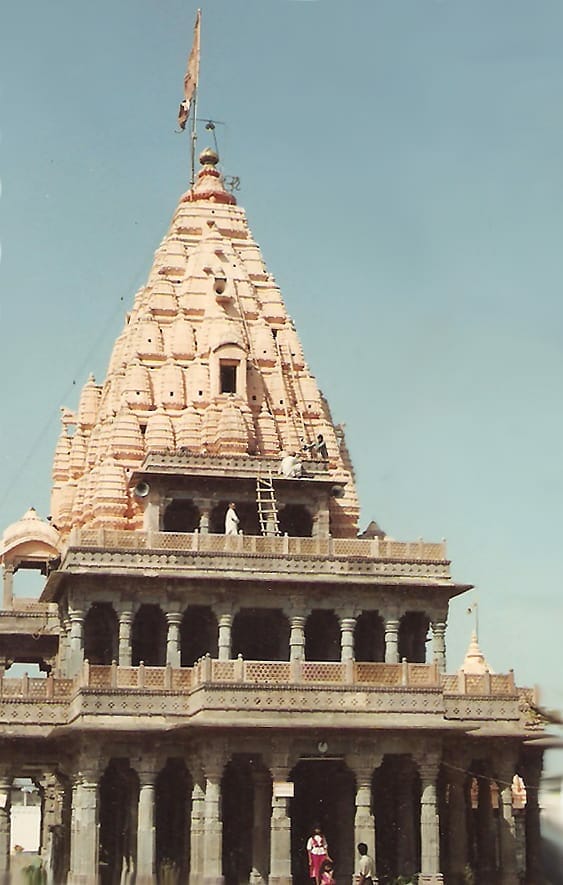 Mahakaleshwar Jyotirlinga is a Hindu temple dedicated to Lord Shiva and is one of the twelve Jyotirlingams, shrines which are said to be the most sacred abodes of Lord Shiva. It is located in the ancient city of Ujjain in the state of Madhya Pradesh, India. The temple is situated on the side of the holy river KShipra. The presiding deity, Lord Shiva in the lingam form is believed to be Swayambhu, deriving currents of power (Shakti) from within itself as against the other images and lingams that are ritually established and invested with mantra-shakti.
On 5 September 2019, A show premiered on History TV18 Mahakaleshwar : The Legends of Shiva showed about the working in Mahakaleshwar Mandir during the Shivaratri.