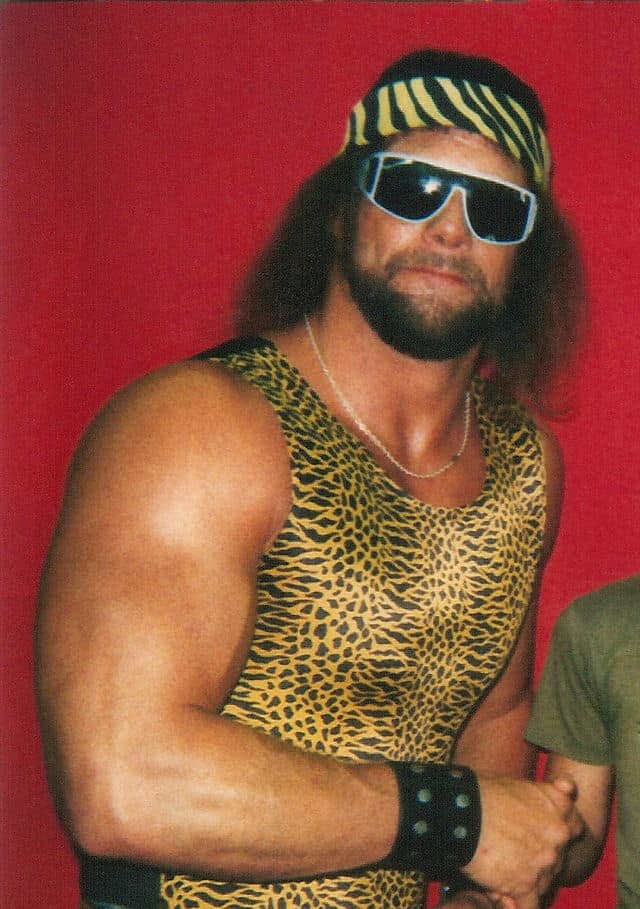 Randy Poffo (November 15, 1952 – May 20, 2011), better known by his ring name Randy Savage, was an American professional wrestler, commentator, actor, rapper, and professional baseball player best known for his time in the World Wrestling Federation (WWF) and later World Championship Wrestling (WCW) with the nickname “Macho Man”.Savage was described by ESPN’s Bill Simmons as “one of the greatest pro wrestlers who ever lived”—a statement echoed by multiple industry performers. He was recognizable by wrestling fans for his distinctively deep and raspy voice, his flamboyant ring attire, intensity exhibited in and out of the ring, his use of “Pomp and Circumstance” as his entrance music, and his signature catch phrase, “Oooh yeah!” For most of his tenures in the WWF and WCW, Savage was managed by his real-life wife, Miss Elizabeth Hulette.
Savage had 29 championship reigns with eleven titles during his 32-year career, including two as WWF World Heavyweight Champion and four as WCW World Heavyweight Champion. As WWF Champion, he held similar drawing power to Hulk Hogan. A one-time WWF Intercontinental Heavyweight Champion, he was named by WWE as the greatest titleholder of all time and was credited for bringing “a higher level of credibility to the title through his amazing in-ring performances”.Savage was the 1987 WWF King of the Ring and the 1995 WCW World War 3 winner. He headlined many pay-per-view events throughout his career, including WrestleManias IV, V and VIII (being part of a double main event at the last of those presentations), four of the first five SummerSlam shows, and the 1995 Starrcade. He was inducted into the Wrestling Observer Newsletter Hall of Fame upon its inception in 1996, with a posthumous WWE Hall of Fame induction following in 2015.