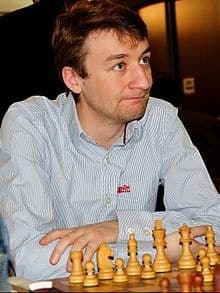 Luke James McShane (born 7 January 1984) is an English chess player. A chess prodigy, he was awarded the title of Grandmaster by FIDE in 2000, at the age of 16. McShane has become one of England’s leading players and a member of the national team. He also worked as a trader in London’s financial sector, and has previously been described as the world’s strongest amateur chess player.