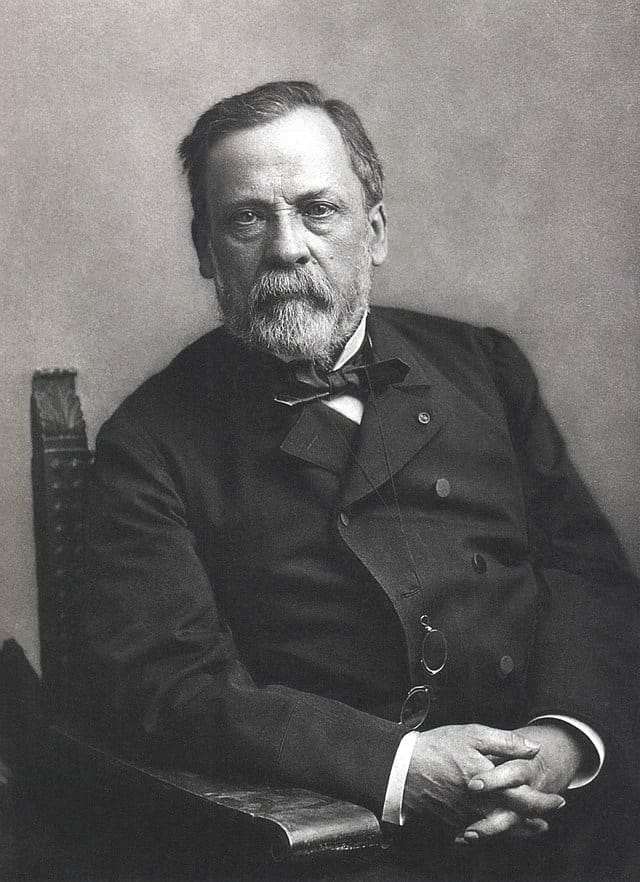 Louis Pasteur ( December 27, 1822 – September 28, 1895) was a French biologist, microbiologist, and chemist renowned for his discoveries of the principles of vaccination, microbial fermentation, and pasteurization. He is remembered for his remarkable breakthroughs in the causes and prevention of diseases, and his discoveries have saved many lives ever since. He reduced mortality from puerperal fever and created the first vaccines for rabies and anthrax.
His medical discoveries provided direct support for the germ theory of disease and its application in clinical medicine. He is best known to the general public for his invention of the technique of treating milk and wine to stop bacterial contamination, a process now called pasteurization. He is regarded as one of the three main founders of bacteriology, together with Ferdinand Cohn and Robert Koch, and is popularly known as the “father of microbiology”.Pasteur was responsible for disproving the doctrine of spontaneous generation. He performed experiments that showed that, without contamination, microorganisms could not develop. Under the auspices of the French Academy of Sciences, he demonstrated that in sterilized and sealed flasks, nothing ever developed; and, conversely, in sterilized but open flasks, microorganisms could grow. Although Pasteur was not the first to propose the germ theory, his experiments indicated its correctness and convinced most of Europe that it was true.
Today, he is often regarded as one of the fathers of germ theory. Pasteur made significant discoveries in chemistry, most notably on the molecular basis for the asymmetry of certain crystals and racemization. Early in his career, his investigation of tartaric acid resulted in the first resolution of what is now called optical isomers. His work led the way to the current understanding of a fundamental principle in the structure of organic compounds.
He was the director of the Pasteur Institute, established in 1887, until his death, and his body was interred in a vault beneath the institute. Although Pasteur made groundbreaking experiments, his reputation became associated with various controversies. Historical reassessment of his notebook revealed that he practiced deception to overcome his rivals.