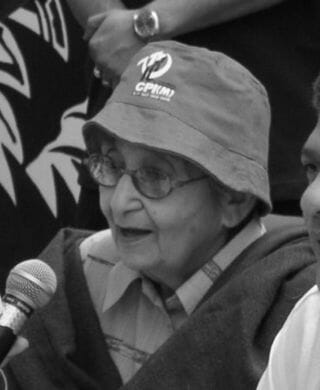 Lakshmi Sahgal (born Lakshmi Swaminathan) (24 October 1914 – 23 July 2012) was a revolutionary of the Indian independence movement, an officer of the Indian National Army, and the Minister of Women’s Affairs in the Azad Hind government. Sahgal is commonly referred to in India as Captain Lakshmi, a reference to her rank when taken prisoner in Burma during the Second World War.