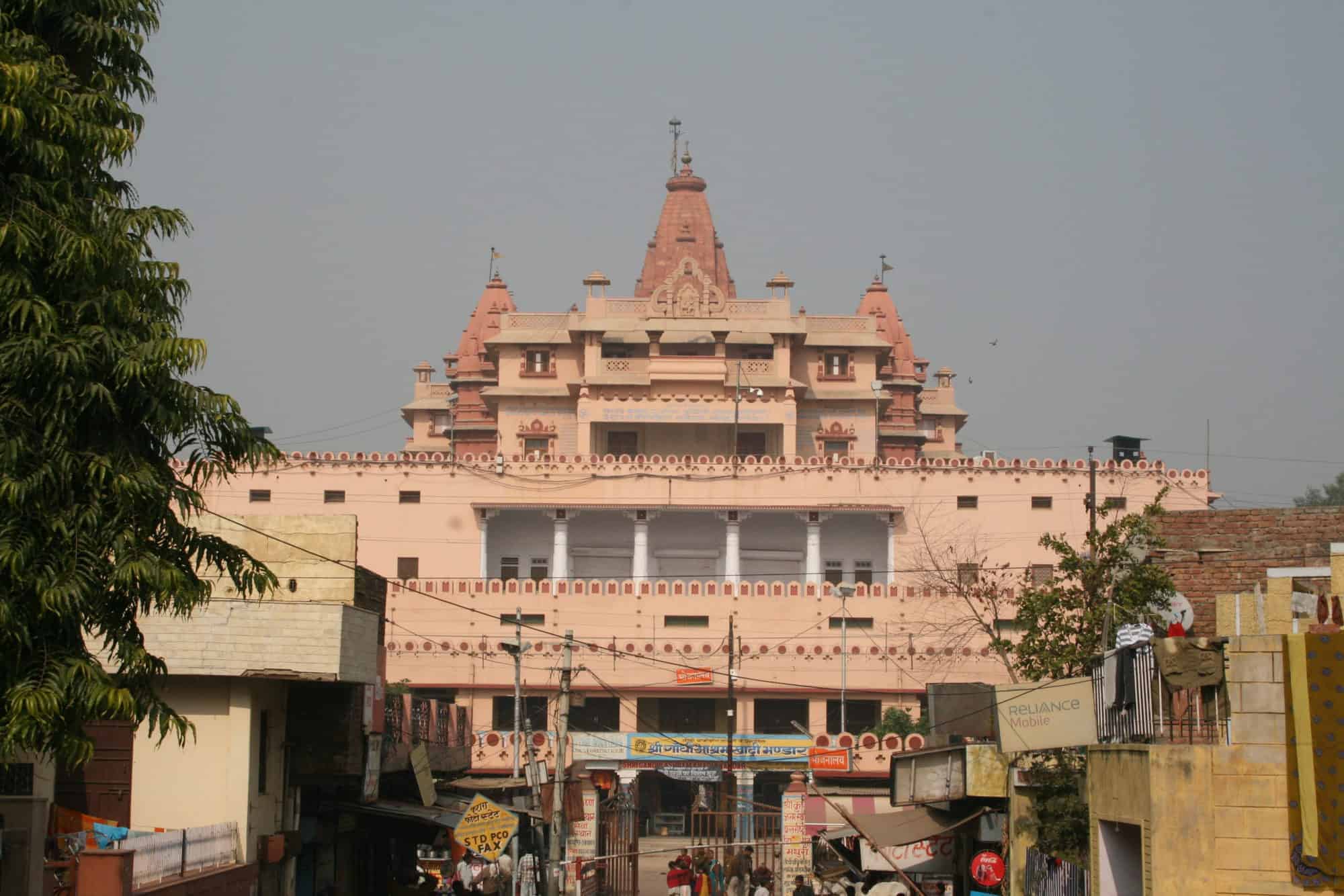 The Krishna Janmasthan Temple Complex is a group of Hindu temples in Mallapura, Mathura, Uttar Pradesh, India. These temples are built around the place where where Hindu deity Krishna is said to have been born.The place has held religious significance since the 6th century BC. The temples were destroyed multiple times throughout history, most recently by the Mughal emperor Aurangzeb in 1670. He erected an Eidgah mosque there. In 20th century, the new temple complex adjacent the mosque was built with the financial help from industrialists containing the Keshavdeva temple, the Garbha Griha temple at the birthplace and the Bhagavata Bhavan.