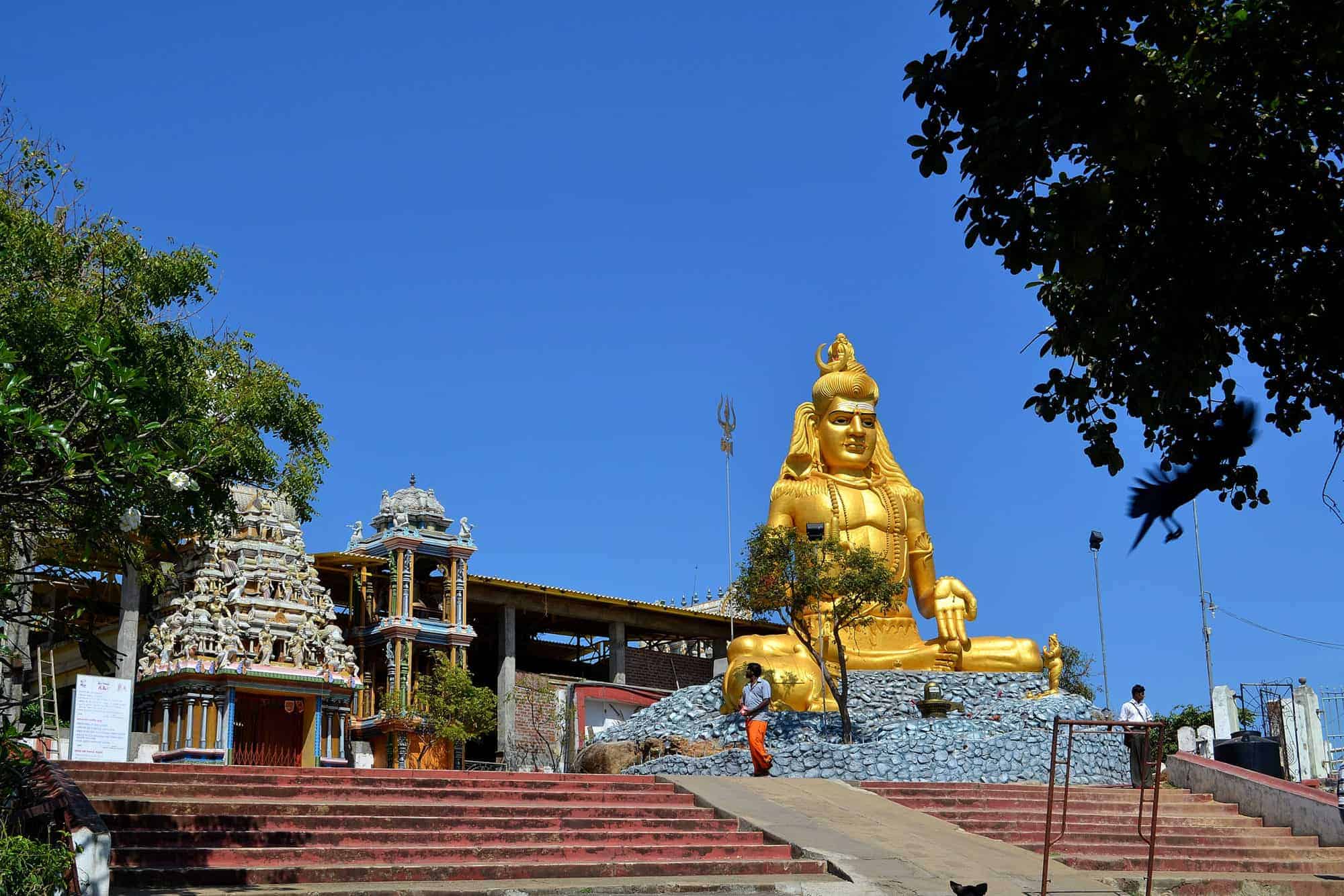 Koneswaram temple of Trincomalee or Thirukonamalai Konesar Temple – The Temple of the Thousand Pillars and Dakshina-Then Kailasam is a classical-medieval Hindu temple complex in Trincomalee, a Hindu religious pilgrimage centre in Eastern Province, Sri Lanka. The most sacred of the Pancha Ishwarams of Sri Lanka, it was built significantly during the reign of the early Cholas and the Five Dravidians of the Early Pandyan Kingdom atop Konesar Malai, a promontory overlooking Trincomalee District, Gokarna bay and the Indian Ocean. Its Pallava, Chola, Pandyan and Jaffna design reflect a continual Tamil Saivite influence in the Vannimai region from the classical period. The monument contains its main shrine to Shiva in the form Kona-Eiswara, shortened to Konesar and is a major place for Hindu pilgrimage, at its height of fame labelled the “Rome of the Gentiles/Pagans of the Orient”. Connected at the mouth of the Mahavilli Ganga River to the footprint of Shiva at Sivan Oli Padam Malai at the river’s source, the temple symbolically crowns the flow of the Ganges River from Shiva’s head of Mount Kailash to his feet.