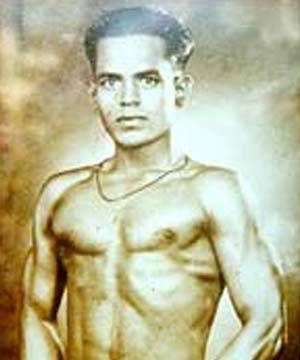 Khashaba Dadasaheb Jadhav (January 15, 1926 – August 14, 1984) was an Indian athlete. He is best known as a wrestler who won a bronze medal at the 1952 Summer Olympics in Helsinki. He was the first athlete from independent India to win an individual medal in the OlympicsAfter Norman Pritchard who won two silver medals in athletics in 1900 under colonial India, Khashaba was the first individual athlete from independent India to win a medal at the Olympics. In the years before Khashaba, India would only win gold medals in field hockey, a team sport. He is the only Indian Olympic medalist who never received a Padma Award. Khashaba was extremely nimble on his feet, which made him different from other wrestlers of his time. English coach Rees Gardner saw this trait in him and trained him prior to the 1948 Olympic games.