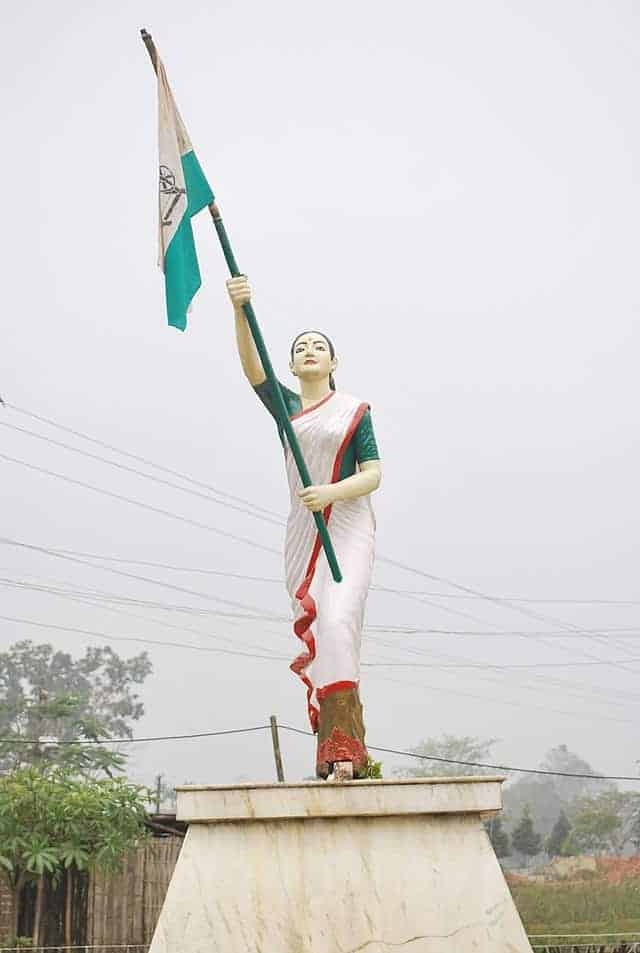 Kanaklata Barua (22 December 1924 – 20 September 1942), also called Birbala and Shaheed (martyr), was an Indian independence activist and AISF leader who was shot dead by the British police while leading a procession bearing the National Flag during the Quit India Movement of 1942.

Barua was born in the Borangabari village of the undivided Darrang district of Assam as the daughter of Krishna Kanta and Karneshwari Barua. Her grandfather Ghana Kanta Barua was a famous hunter in Darrang. Her ancestors were from the Dolakakharia Barua kingdom of the erstwhile Ahom state who relinquished the Dolakakharia title and continued retaining Barua title. Her mother died when she was only five and her father, who remarried, died when she reached thirteen. She went to school till class three but then dropped out to take care of her younger siblings.