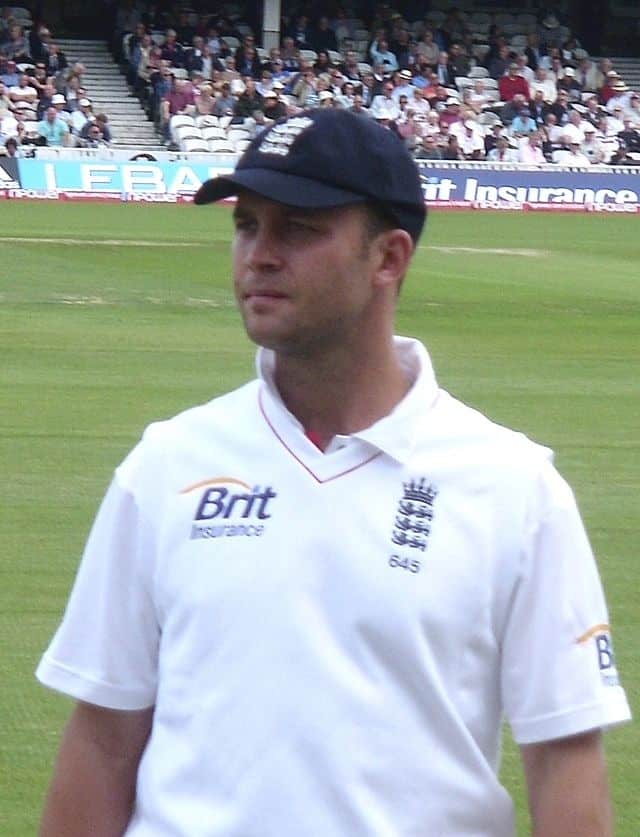 Ian Jonathan Leonard Trott (born 22 April 1981) is a South African-born English former professional cricketer who played international cricket for the England cricket team. Domestically, he played for Warwickshire County Cricket Club as well as playing in South Africa and New Zealand. He was ICC and ECB Cricketer of the Year in 2011.A right-handed top-order batsman and occasional medium-pace bowler, he played two Twenty20 Internationals for England in 2007. Good performances for his county in 2008 and 2009, as well as a productive tour in 2008–09 with the England Lions, led to a call-up to the senior England Test squad in August 2009 for the fifth Ashes Test. He scored a century in that Test, becoming the 18th England player to do so on his Test debut. 18 months later, he scored another century at the MCG to set up the victory which saw England retain the Ashes. His highest England score in a Test match is 226, made against Bangladesh at Lord’s on 28 May 2010, and he took his first Test wicket in the same match. He often fields at slip, particularly to the spinners.
Citing stress and anxiety, Trott left England’s Ashes tour of Australia in November 2013, with the intention of taking a break from all forms of cricket. A comeback attempt in April 2014 was shelved due to a recurrence of the condition. Trott returned to the England team for the 2015 West Indies Test series, but after struggling in the series, he retired from all international cricket on 4 May 2015. In May 2018, Trott announced he would retire from professional cricket at the end of the English domestic cricket season.