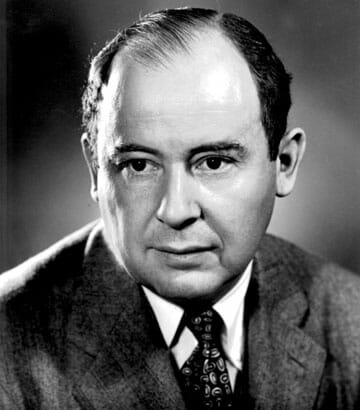 John von Neumann ( December 28, 1903 – February 8, 1957) was a Hungarian-American mathematician, physicist, computer scientist, engineer and polymath. Von Neumann was generally regarded as the foremost mathematician of his time and said to be “the last representative of the great mathematicians”. He integrated pure and applied sciences.