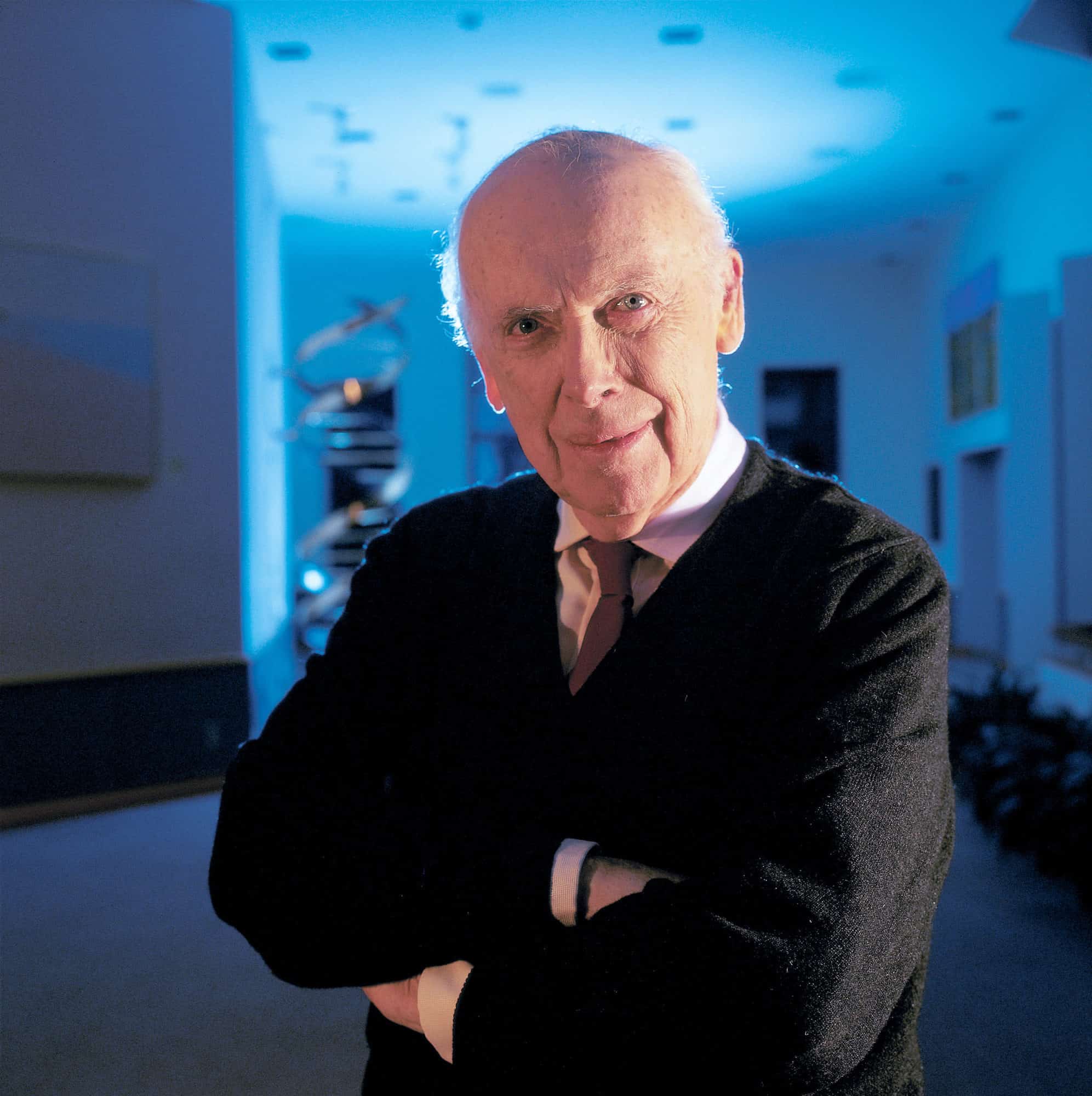 James Dewey Watson KBE (born April 6, 1928) is an American molecular biologist, geneticist and zoologist. In 1953, he co-authored with Francis Crick the academic paper proposing the double helix structure of the DNA molecule. Watson, Crick and Maurice Wilkins were awarded the 1962 Nobel Prize in Physiology or Medicine “for their discoveries concerning the molecular structure of nucleic acids and its significance for information transfer in living material”. In subsequent years, it has been recognized that Watson and his colleagues did not properly attribute colleague Rosalind Franklin for her contributions to the discovery of the double helix structure.Watson earned degrees at the University of Chicago (BS, 1947) and Indiana University (PhD, 1950). Following a post-doctoral year at the University of Copenhagen with Herman Kalckar and Ole Maaløe, Watson worked at the University of Cambridge’s Cavendish Laboratory in England, where he first met his future collaborator Francis Crick. From 1956 to 1976, Watson was on the faculty of the Harvard University Biology Department, promoting research in molecular biology.