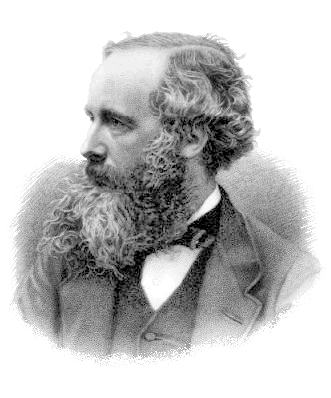 James Clerk Maxwell (13 June 1831 – 5 November 1879) was a Scottish scientist in the field of mathematical physics. His most notable achievement was to formulate the classical theory of electromagnetic radiation, bringing together for the first time electricity, magnetism, and light as different manifestations of the same phenomenon. Maxwell’s equations for electromagnetism have been called the “second great unification in physics” where the first one had been realised by Isaac Newton.
With the publication of “A Dynamical Theory of the Electromagnetic Field” in 1865, Maxwell demonstrated that electric and magnetic fields travel through space as waves moving at the speed of light. He proposed that light is an undulation in the same medium that is the cause of electric and magnetic phenomena. The unification of light and electrical phenomena led his prediction of the existence of radio waves. Maxwell is also regarded as a founder of the modern field of electrical engineering.He helped develop the Maxwell–Boltzmann distribution, a statistical means of describing aspects of the kinetic theory of gases. He is also known for presenting the first durable colour photograph in 1861 and for his foundational work on analysing the rigidity of rod-and-joint frameworks (trusses) like those in many bridges.