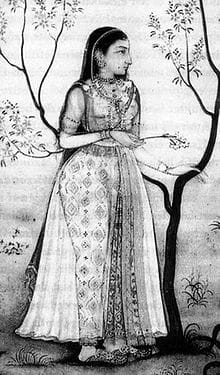 Jahanara Begum  ( 23 March 1614 – 16 September 1681) was a Mughal princess and the Padshah Begum of the Mughal Empire from 1631 to 1658 and again from 1668 until her death. She was the eldest child of Emperor Shah Jahan and his wife, Mumtaz Mahal. Often referred to simply as Begum Sahib (Princess of Princesses), she was the elder sister of the crown prince, Dara Shikoh, and Emperor Aurangzeb.