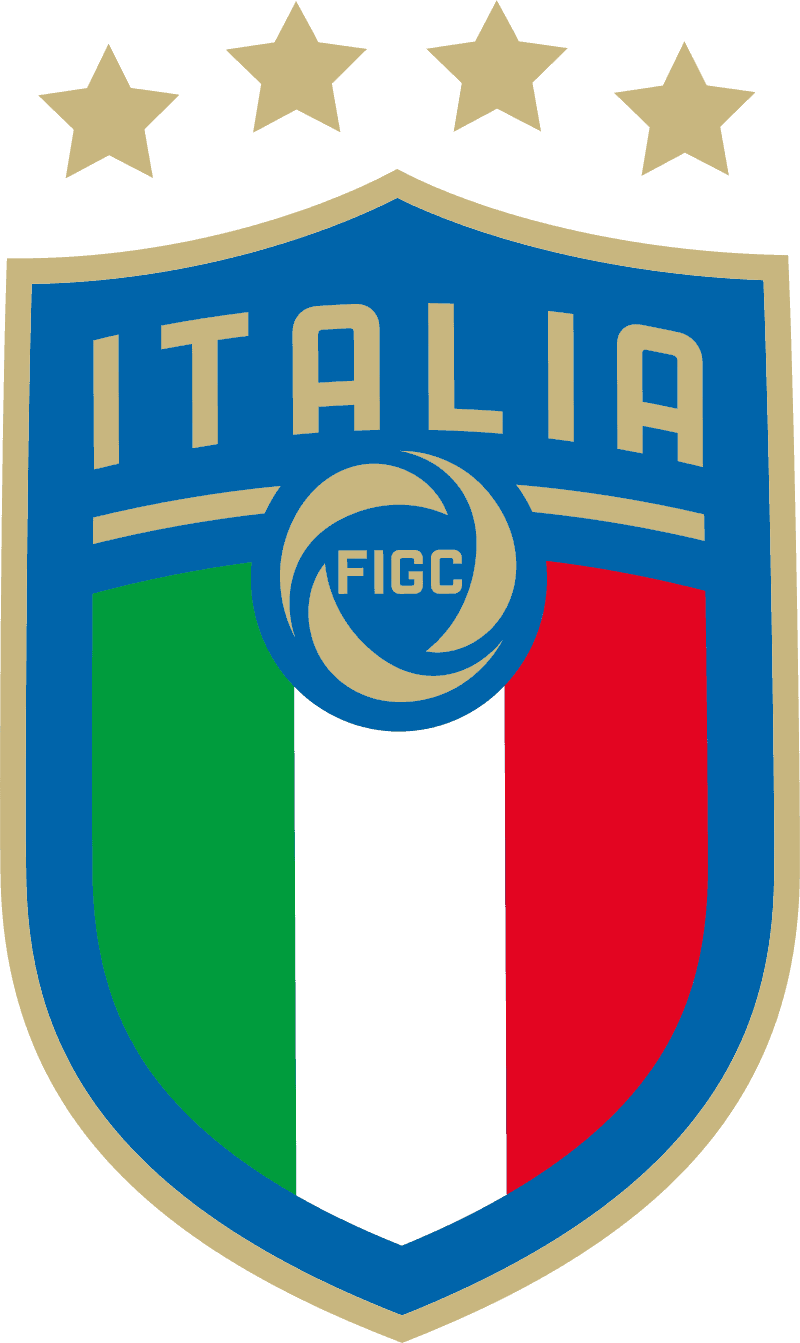 The Italy national football team (Italian: Nazionale di calcio dell’Italia) has officially represented Italy in international football since their first match in 1910. The squad is under the global jurisdiction of FIFA and is governed in Europe by UEFA—the latter of which was co-founded by the Italian team’s supervising body, the Italian Football Federation (FIGC). Italy’s home matches are played at various stadiums throughout Italy, and their primary training ground, Centro Tecnico Federale di Coverciano, is located at the FIGC technical headquarters in Coverciano, Florence.
Italy is one of the most successful national teams in the history of the World Cup, having won four titles (1934, 1938, 1982, 2006) and appearing in two other finals (1970, 1994), reaching a third place (1990) and a fourth place (1978). In 1938, they became the first team to defend their World Cup title, and due to the outbreak of World War II, retained the title for a further 12 years. Italy had also previously won two Central European International Cups (1927–30, 1933–35). Between its first two World Cup victories, Italy won the Olympic football tournament (1936). After the majority of the team was killed in a plane crash in 1949, the team did not advance past the group stage of the following two World Cup tournaments, and also failed to qualify for the 1958 edition—failure to qualify for the World Cup would not happen again until the 2018 edition. Italy returned to form by 1968, winning a European Championship (1968), and after a period of alternating unsuccessful qualification rounds in Europe, later appeared in two other finals (2000, 2012). Italy’s highest finish at the FIFA Confederations Cup was in 2013, where the squad achieved a third-place finish.
The team is known as gli Azzurri (the Blues). Savoy blue is the common colour of the national teams representing Italy, as it is the traditional paint of the royal House of Savoy, which reigned over the Kingdom of Italy from 1860 to 1946. The national team is also known for its long-standing rivalries with other top footballing nations, such as those with Brazil, Croatia, France, Germany and Spain. In the FIFA World Rankings, in force since August 1993, Italy has occupied the first place several times, in November 1993 and during 2007 (February, April–June, September), with its worst placement in August 2018 in 21st place.