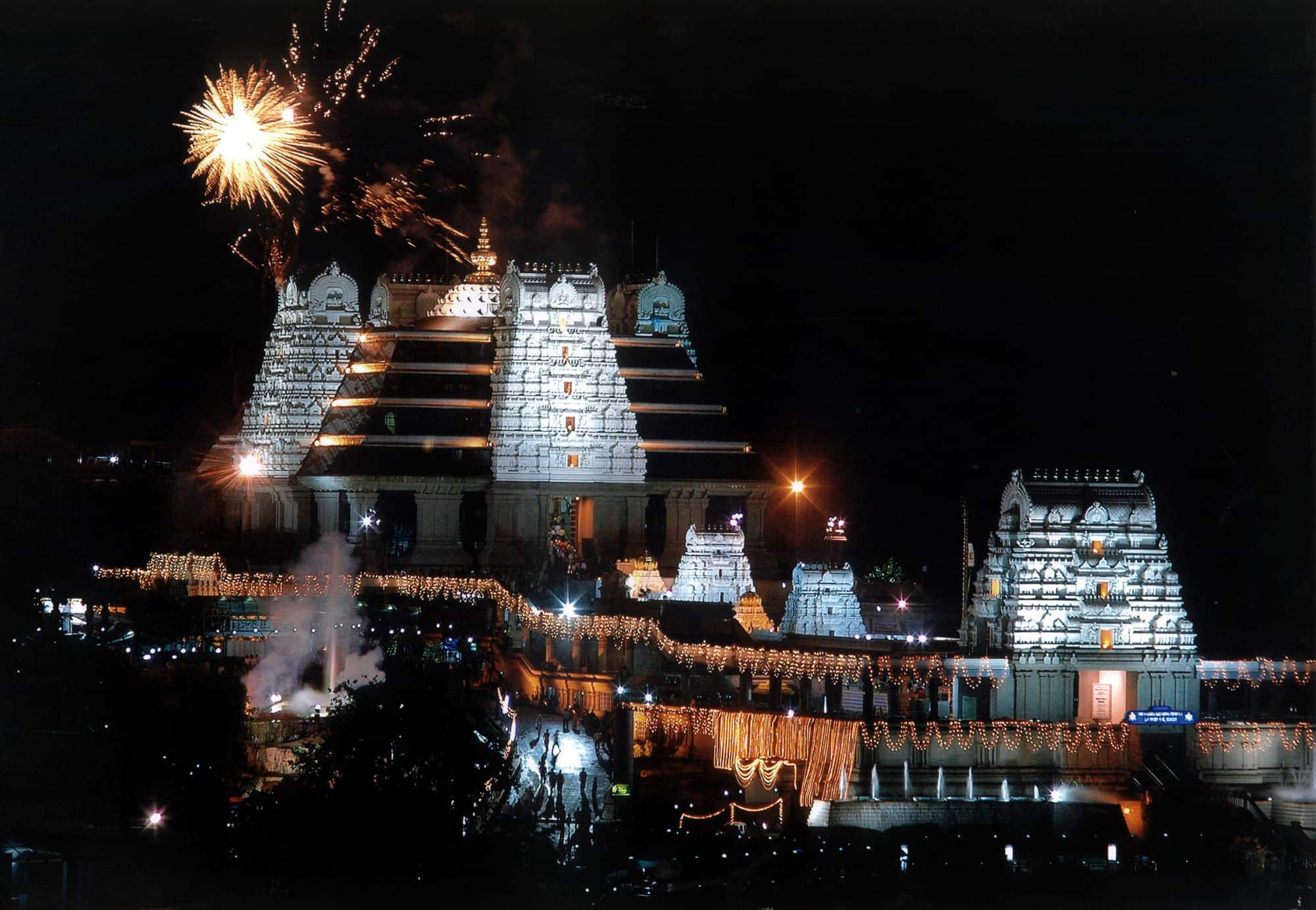 Sri Radha Krishna-chandra Temple is one of the largest Krishna Hindu temples in the world, affiliated with ISKCON Revival Movement. It is located at Rajajinagar, in North Bangalore in the Indian State of Karnataka. In May 1997, Bangalore ISKCON Temple was inaugurated by the ninth president of India—Shankar Dayal Sharma. Since 1999 it is under control of ISKCON Revival Movement.