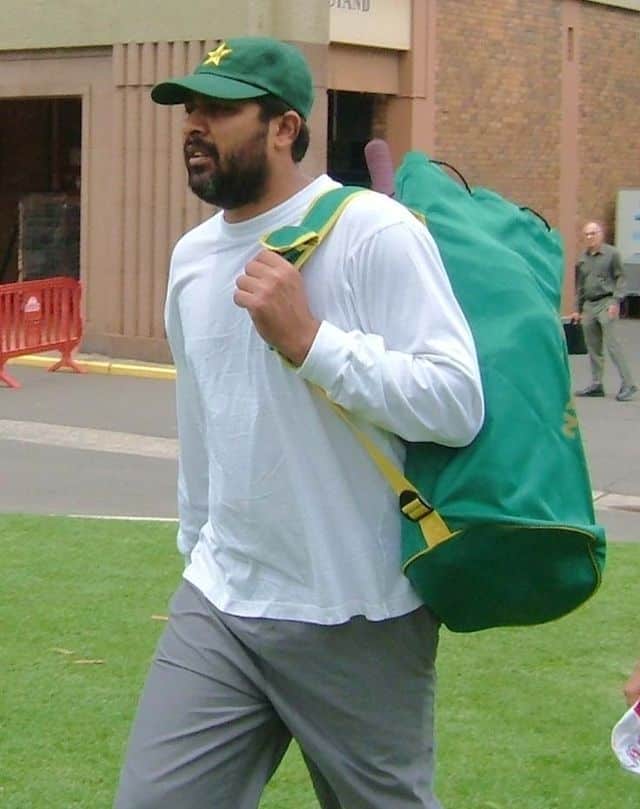 Inzamam-ul-Haq (Urdu: انضمام الحق; pronunciation born 3 March 1970), also known as Inzi, is a Pakistani professional cricket coach and former Pakistan cricketer.
He was the leading run scorer for Pakistan in one-day internationals, and the third-highest run scorer for Pakistan in Test cricket. He is the only Pakistani batsman to score 20,000 runs in international cricket arena. He was the captain of the Pakistan national cricket team from 2003–07. As well as being a prolific batsman, he also occasionally bowled gentle left-arm spin.
Inzamam rose to fame in the semi-final of the 1992 Cricket World Cup. He remained one of the team’s leading batsmen throughout the decade in both Test and ODI cricket. In 2003, he was appointed captain of the team. His tenure as captain ended after Pakistan’s early exit from the 2007 Cricket World Cup. Inzamam retired from international cricket in 2007, following the second Test match against South Africa, falling three runs short of Javed Miandad as Pakistan’s leading run scorer in Test cricket at the time. Following his retirement, he joined the Indian Cricket League, captaining the Hyderabad Heroes in the inaugural edition of the Twenty20 competition. In the ICL’s second edition, he captained the Lahore Badshahs, a team composed entirely of Pakistani cricketers.
Inzamam-ul-Haq is a prominent member of the Tablighi Jamaat, an Islamic missionary organisation, and remains an influential personality in Pakistan cricket.
In April 2016, he was appointed the chief selector of the Pakistan national cricket team.