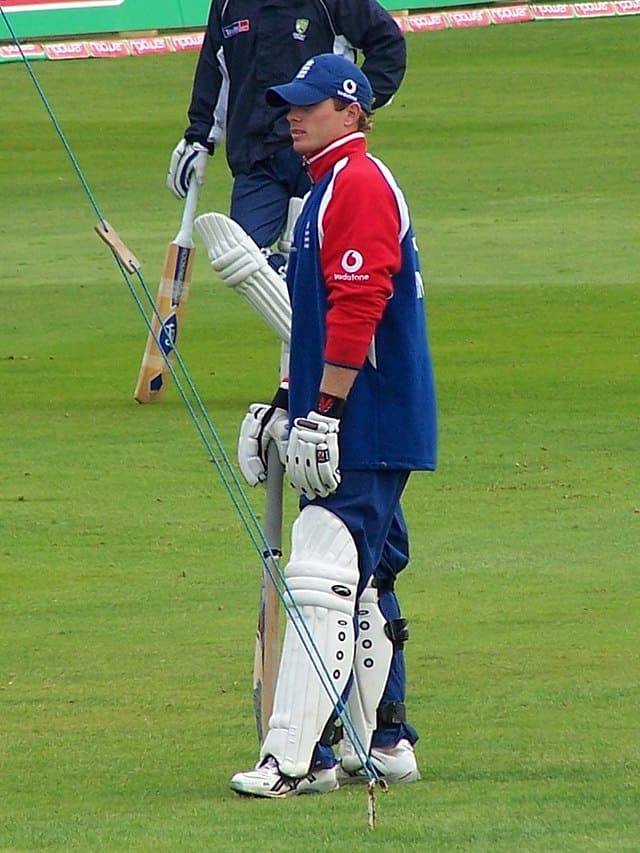 Ian Ronald Bell (born 11 April 1982) is an English former cricketer who played international cricket in all formats for the England cricket team and county cricket for Warwickshire County Cricket Club. A right-handed higher/middle order batsman, described in The Times as an “exquisite rapier,” with a strong cover drive, Bell was also an occasional right-arm medium pace bowler and a slip fielder. He was also noted for his sharp reflexes and often fielded in close catching positions. He scored twenty-two Test centuries and four One Day International (ODI) 100s.
In the 2006 New Year Honours List, Bell was appointed Member of the Order of the British Empire for his role in the successful Ashes campaign of 2005. In November 2006, he was awarded the Emerging Player of the Year award by the International Cricket Council. During 2008 and 2009, he was a more infrequent member of the England teams – however he reclaimed his Test place during the 2009 Ashes, which England won, and featured in several ODIs the following year. During 2010, he captained Warwickshire to victory in the CB40 final before scoring his first Ashes century the following winter as he helped England retain the Ashes down-under. Warwickshire County Cricket Club awarded Bell a benefit in 2011.
In July 2012, Bell signed a new three-year contract with Warwickshire extending his stay at the club at least till 2015. In November 2015, England selectors announced that Bell would be dropped from the English side ahead of the test series with South Africa. In August 2016, it was announced that Bell would be playing for the Perth Scorchers in the 2016–17 Big Bash League season. In August 2018, Bell scored his 20,000th run in first-class cricket. In September 2020, Bell announced his retirement, revealing that his final game for Warwickshire would be a T20 match against Glamorgan.