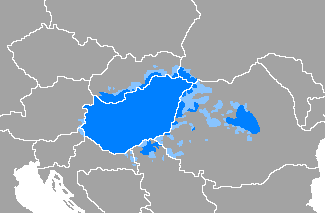 Hungarian (magyar nyelv) is a Uralic language spoken in Hungary and parts of several neighbouring countries. It is the official language of Hungary and one of the 24 official languages of the European Union. Outside Hungary, it is also spoken by communities of Hungarians in present-day Slovakia, western Ukraine (Subcarpathia), central and western Romania (Transylvania), northern Serbia (Vojvodina), northern Croatia, northeastern Slovenia (Mur region) and eastern Austria.