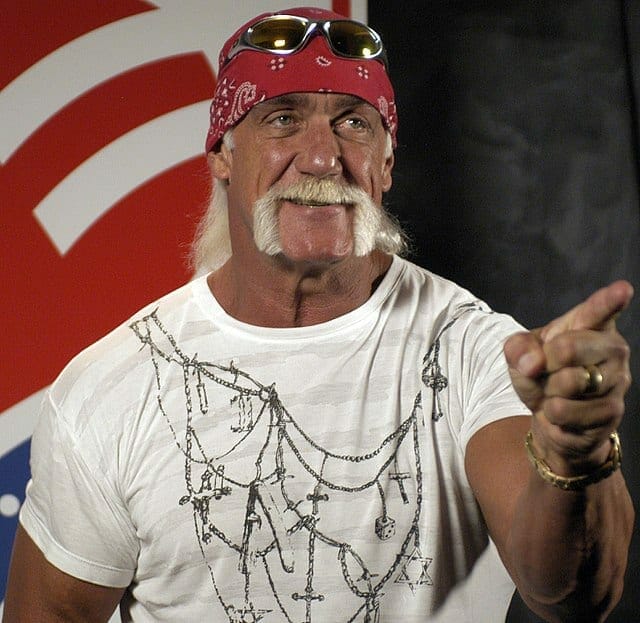 Terry Eugene Bollea (born August 11, 1953), better known by his ring name Hulk Hogan, is an American retired professional wrestler, television personality, actor, entrepreneur, and musician. According to IGN, Hogan is “the most recognized wrestling star worldwide and the most popular wrestler of the 1980s”.Hogan began his professional wrestling career in 1977, but gained worldwide recognition after signing for World Wrestling Federation (WWF, now WWE) in 1983. There, his persona as a heroic all-American helped usher in the 1980s professional wrestling boom, where he headlined the first nine editions of WWF’s flagship annual event, WrestleMania. During his initial run, Hogan also won the WWF Championship five times, with his first reign holding the record for the second-longest in company history. Additionally, he is the first wrestler to win consecutive Royal Rumble matches, winning in 1990 and 1991.
In 1993, he departed the WWF to sign for rival promotion World Championship Wrestling (WCW). Hogan subsequently won the WCW World Heavyweight Championship six times, and also holds the record for the longest reign in company history. In 1996, he adopted the villainous persona of “Hollywood” Hulk Hogan, leading the popular New World Order (NWO) stable. As a result, he became a major figure during the “Monday Night Wars”, another boom of mainstream professional wrestling. Hogan also headlined WCW’s annual flagship event Starrcade three times, including the most profitable WCW pay-per-view ever at the event’s 1997 edition.He returned to WWE from WCW in 2002, and won the WWE championship for a sixth time, before departing in 2003. He was inducted into the WWE Hall of Fame in 2005, and will be inducted a second time in 2020 as a member of the NWO.Aside from those promotions, Hogan also performed for the American Wrestling Association (AWA), New Japan Pro-Wrestling (NJPW), and Total Nonstop Action Wrestling (TNA). He notably won the original IWGP Heavyweight Championship, and the northern and southern iterations of the NWA Southeastern Heavyweight Championship outside WWE.During and after wrestling, Hogan had an extensive acting career, beginning with his 1982 antagonist role in Rocky III. He has starred in several films (including No Holds Barred, Suburban Commando and Mr. Nanny) and three television shows (Hogan Knows Best, Thunder in Paradise, and China, IL), as well as in Right Guard commercials and the video game, Hulk Hogan’s Main Event. He was the frontman for The Wrestling Boot Band, whose sole record, Hulk Rules, reached #12 on the Billboard Top Kid Audio chart in 1995.