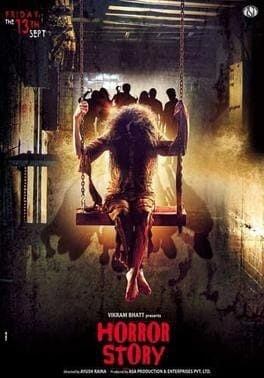 Horror Story is a Bollywood dramatic horror film written by Vikram Bhatt and directed by Ayush Raina. The film stars Ravish Desai and Hasan Zaidi, and features the Bollywood movie debut of noted television actors Nishant malkani and Karan Kundra. The film was released on 13 September 2013. The plot revolves around a night spent by seven youngsters at a haunted hotel. The film received positive reviews but was declared “Average” at the box office. The film is based on the Stephen King short story 1408.