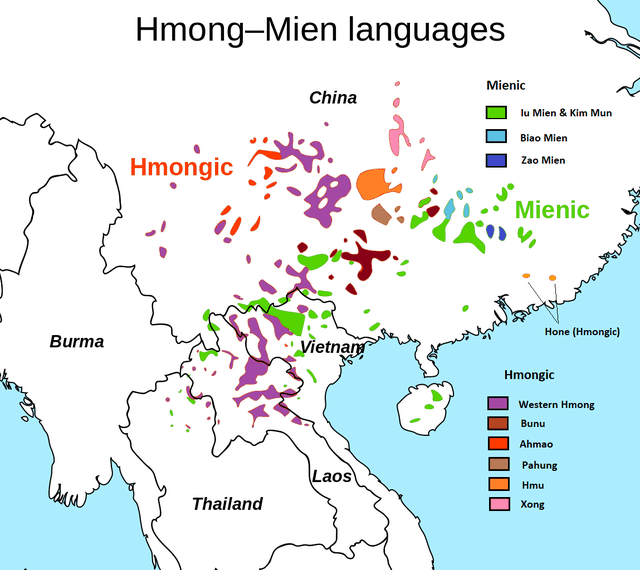 Hmong / Mong, known as Miao in China, is a dialect continuum of the West Hmongic branch of the Hmongic languages spoken by the Hmong of Sichuan, Yunnan, Guizhou, Guangxi, Hainan, northern Vietnam, Thailand, and Laos. There are some 2.7 million speakers of varieties that are largely mutually intelligible, including over 280,000 Hmong Americans as of 2013. Over half of all Hmong speakers speak the various dialects in China, where the Dananshan (大南山) dialect forms the basis of the standard language. However, Hmong Daw (White) and Mong Njua (Green) are widely known only in Laos and the United States; Dananshan is more widely known in the native region of Hmong.