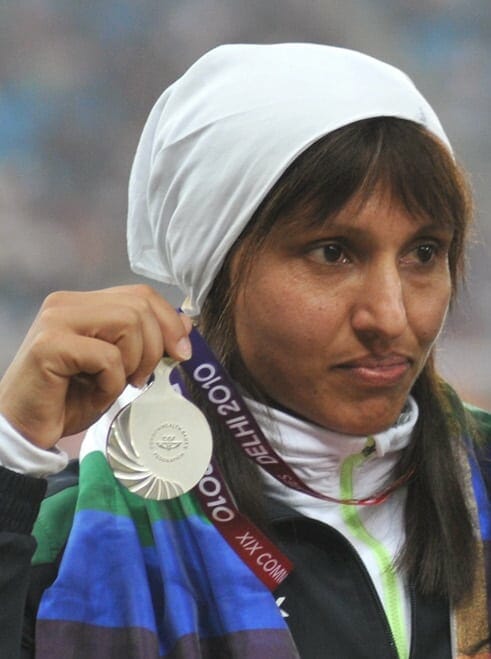 Harwant Kaur (born 5 July 1980) is an Indian discus thrower and shot putter. She won the silver medal at the 2002 Asian Championships, finished fourth at the 2003 Asian Championships and seventh at the 2006 Commonwealth Games. In addition she competed at the 2004 Olympic Games and was ranked 13th in the qualifying rounds. Her personal coach is Parveer Singh. At 2010 Commonwealth Games, she won the silver medal in the Discus throw event.Her personal best throw is 63.05 metres, achieved in August 2004 in Kiev. She contested at the 2008 Beijing Olympics, but failed to reach the finals, and was ranked 17th in the qualifiers with a throw of 56.42 m.