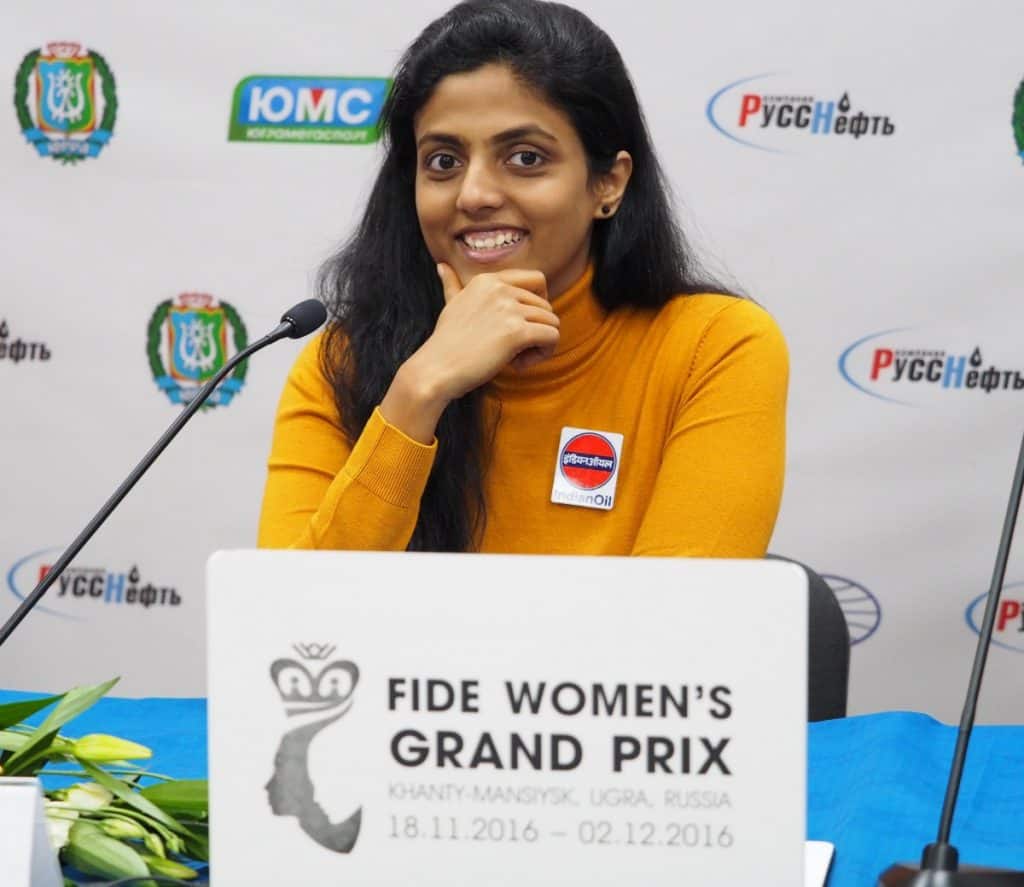 Harika Dronavalli (born 12 January 1991) is an Indian chess grandmaster. She has won three bronze medals in the Women’s World Chess Championship, in 2012, 2015 and 2017. Dronavalli was honored with the Arjuna Award for the year 2007–08 by the government of India. In 2016, she won the FIDE Women’s Grand Prix event at Chengdu, China and rose up from world no. 11 to world no. 5 in FIDE women’s ranking. Vladimir Kramnik, Judit Polgar and Viswanathan Anand are her chess inspirations. In 2019, she was awarded the Padma Shri for her contributions towards the field of sports.