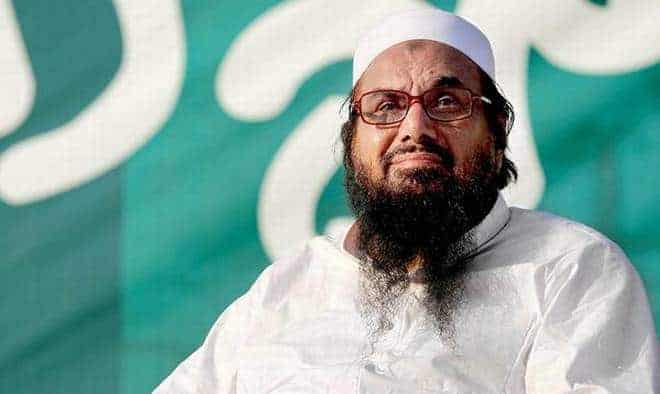 Hafiz Muhammad Saeed (Urdu: حافظ محمد سعید‎, born 5 June 1950) is a Pakistani Islamic militant, who is a co-founder of Lashkar-e-Taiba (LeT) and the chief of Jama’at-ud-Da’wah (JuD), operating mainly from Pakistan. In April 2012, the United States announced a bounty of $10 million on Saeed for his alleged role in the 2008 Mumbai attacks that killed 164 civilians. While India supported the US move, there were protests against it in Pakistan.Saeed is listed on the NIA Most Wanted list and UN designated terrorist. India has banned his organisations LeT and JuD as terrorist organisations. The United States, the United Kingdom, the European Union, Russia and Australia have also banned Lashkar-e-Taiba. India has demanded that Saeed be handed over to them by Pakistan but there is no extradition treaty between the two countries. Saeed has denied ever being a leader of LeT and said allegations that he planned attacks in India were baseless.Hafiz Saeed is currently serving an 11 year prison sentence.