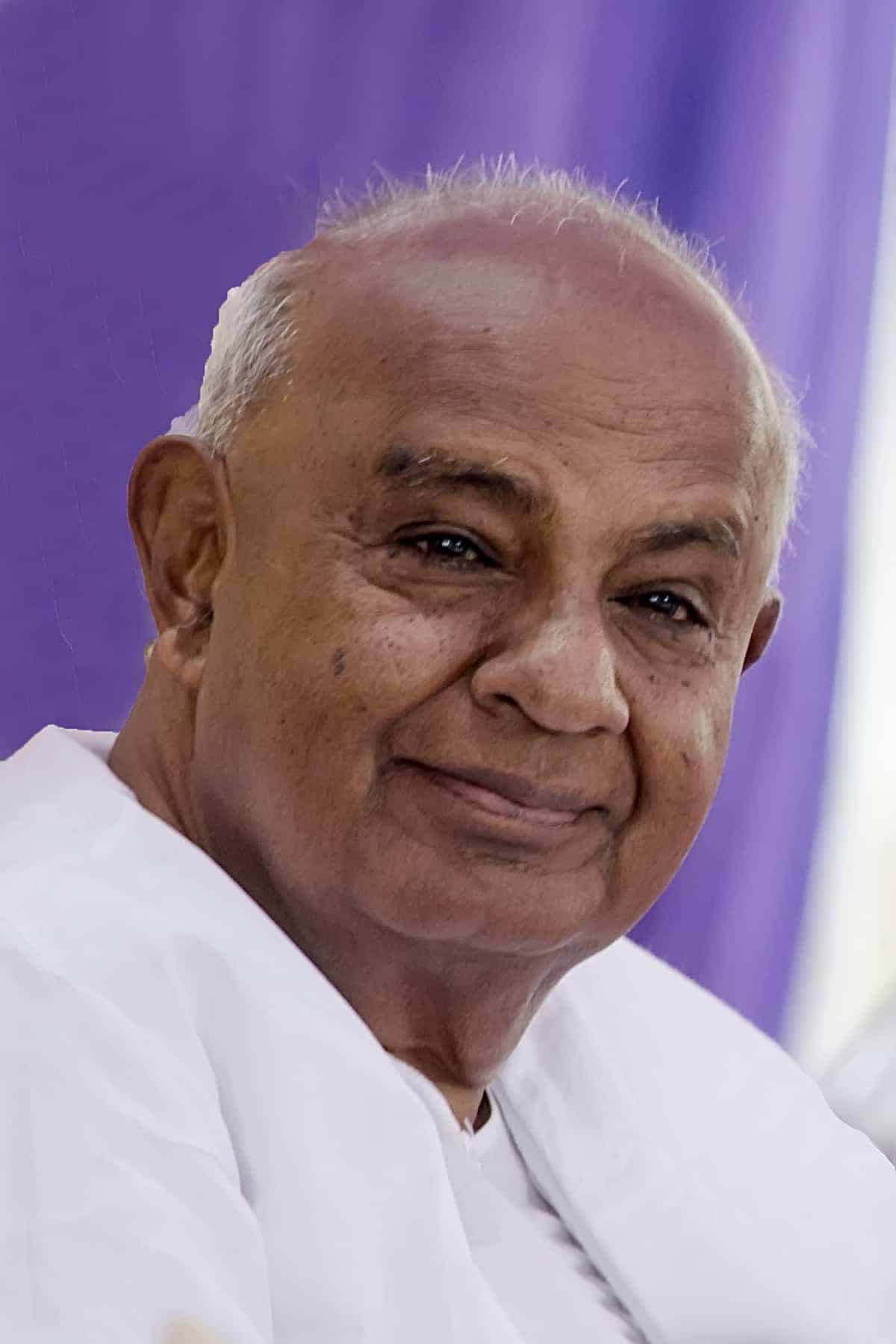 Haradanahalli Doddegowda Deve Gowda (born 18 May 1933) is an Indian politician who was the 12th Prime Minister of India from 1 June 1996 to 21 April 1997. He was previously the 14th Chief Minister of Karnataka from 1994 to 1996. He presently is a Member of Parliament in the Rajya Sabha representing Karnataka.
Born in a humble farming family, he joined the Indian National Congress party in 1953, and remained a member until 1962. He was imprisoned during the Emergency. He became President of the state unit of Janata Dal in 1994, and was considered to be a driving force in the party’s victory in Karnataka. He served as the 14th Chief Minister of Karnataka from 1994 to 1996.
In the 1996 general elections, no party won enough seats to form a government. When the United Front, a coalition of regional parties, formed the central government with the support of the Congress, Deve Gowda was unexpectedly chosen to head the government and became the 12th Prime Minister of India. During his tenure as prime minister, he also held the portfolio of Home for some time. His tenure as prime minister lasted for less than a year.
After his prime ministerial tenure, he was elected to the 12th (1998), 14th (2004), 15th, and 16th Lok Sabha, as Member of Parliament for the Hassan Lok Sabha constituency. He lost Lok Sabha elections in 2019 from Tumkuru but has been elected to Rajya Sabha since. He is the National President of the Janata Dal (Secular) party.