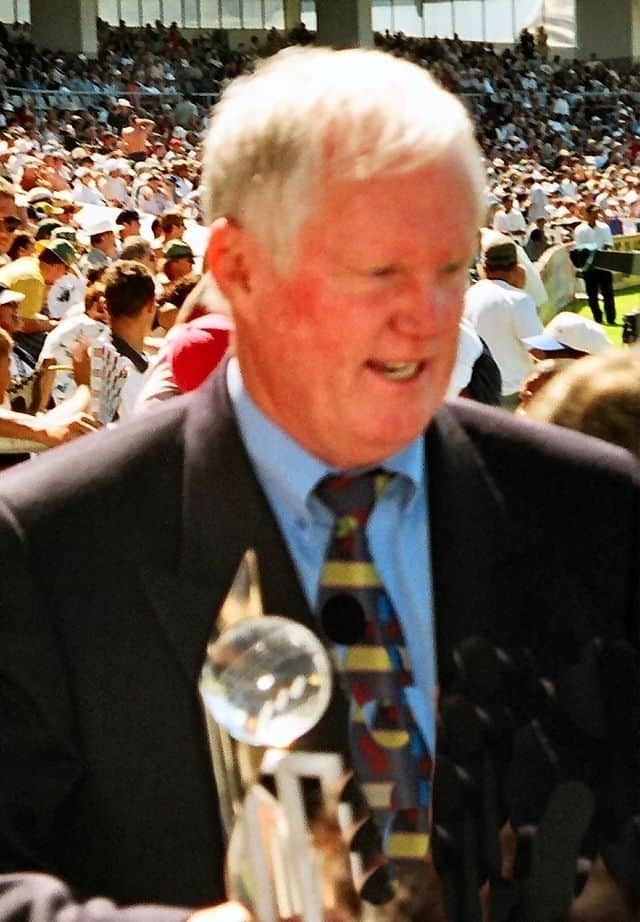 Robert Graeme Pollock (born 27 February 1944) is a former cricketer for South Africa, Transvaal and Eastern Province. A member of a famous cricketing family, Pollock is widely regarded as one of South Africa’s greatest ever cricketers, and as one of the finest batsmen to have played Test cricket. Despite Pollock’s international career being cut short at the age of 26 by the sporting boycott of South Africa, and all but one of his 23 Test matches being against England and Australia, the leading cricket nations of the day, he broke a number of records. His completed career Test match batting average of 60.97 remains fourth best after Sir Donald Bradman’s (99.94), Steve Smith’s, and Adam Voges’s averages.Pollock has been the recipient of numerous awards and accolades, including being voted in 1999 as South Africa’s Cricketer of the 20th Century, one of Wisden’s Cricketers of the Year in 1966, as well as being retrospectively selected in 2007 as the Wisden Leading Cricketer in the World in 1967 and 1969. In South Africa he was player of the year in 1961 and 1984, with special tributes in the S.A. Cricket annuals of 1977 and 1987. Bradman described Pollock, along with Sir Garfield Sobers, as the best left-handed batsman he had ever seen play cricket.In 2009, Pollock was inducted into the ICC Cricket Hall of Fame.