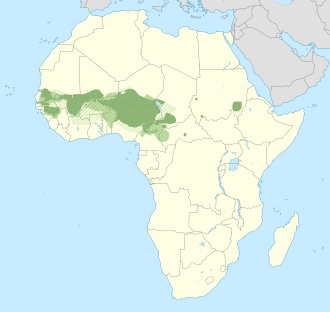 Fula, is a Senegambian language spoken as a set of various dialects in a continuum that stretches across some 20 countries in West and Central Africa by more than 65 million people. Along with other related languages such as Serer and Wolof, it belongs to the Senegambian branch within the Niger–Congo family, which does not have tones, unlike most other Niger–Congo languages. More broadly, it belongs to the Atlantic geographic grouping within Niger–Congo. It is spoken as a first language by the Fula people (“Fulani”, Fula: Fulɓe) from the Senegambia region and Guinea to Cameroon, Nigeria, and Sudan and by related groups such as the Toucouleur people in the Senegal River Valley. It is also spoken as a second language by various peoples in the region, such as the Kirdi of northern Cameroon and northeastern Nigeria.