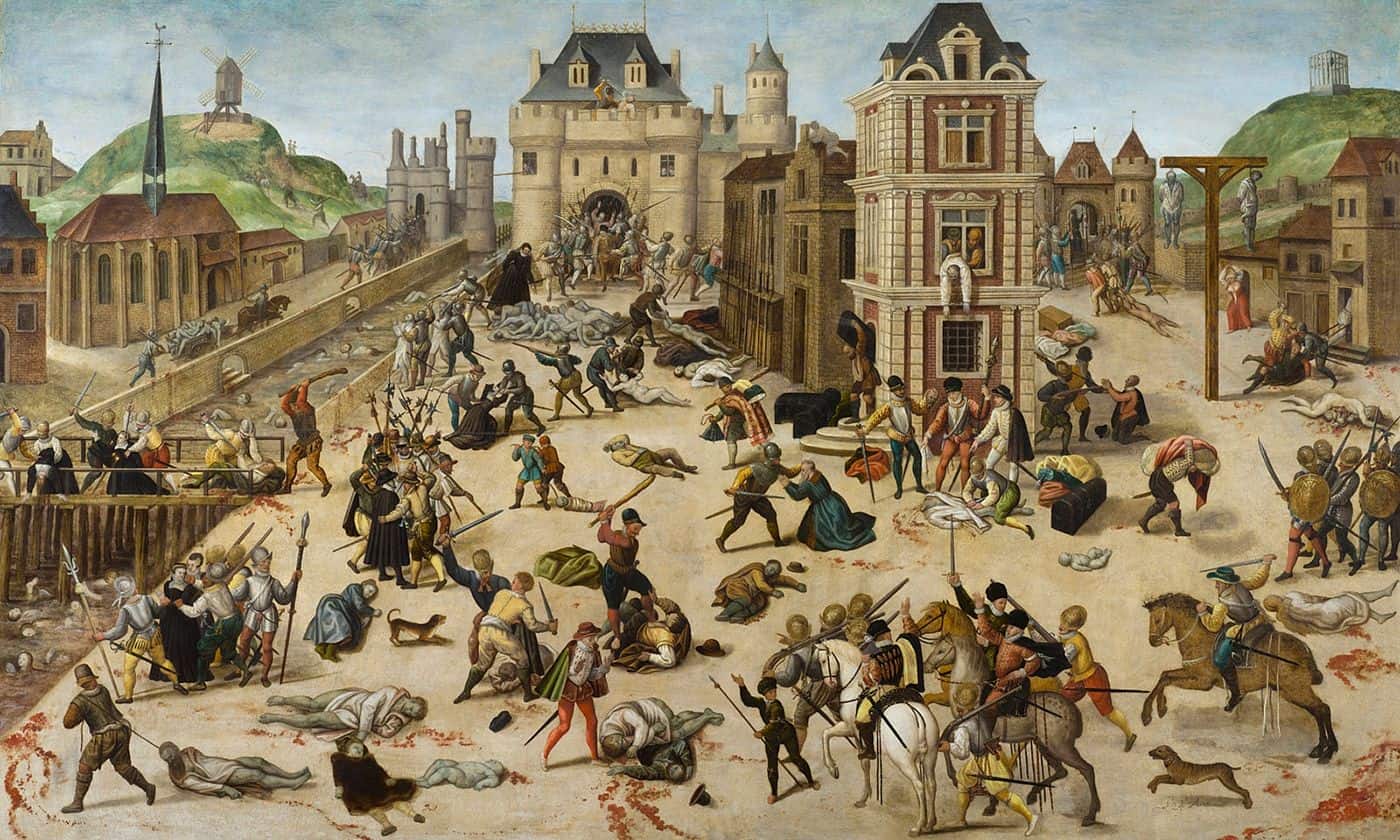 The French Wars of Religion were a prolonged period of war and popular unrest between Catholics and Huguenots (Reformed/Calvinist Protestants) in the Kingdom of France between 1562 and 1598. It is estimated that three million people perished in this period from violence, famine, or disease in what is considered the second deadliest religious war in European history (surpassed only by the Thirty Years’ War, which took eight million lives).Much of the conflict took place during the long regency of Queen Catherine de’ Medici, widow of Henry II of France, for her minor sons. It also involved a dynastic power struggle between powerful noble families in the line for succession to the French throne: the wealthy, ambitious, and fervently Catholic ducal House of Guise (a cadet branch of the House of Lorraine, who claimed descent from Charlemagne) and their ally Anne de Montmorency, Constable of France (i.e., commander in chief of the French armed forces) versus the less wealthy House of Condé (a branch of the House of Bourbon), princes of the blood in the line of succession to the throne who were sympathetic to Calvinism.